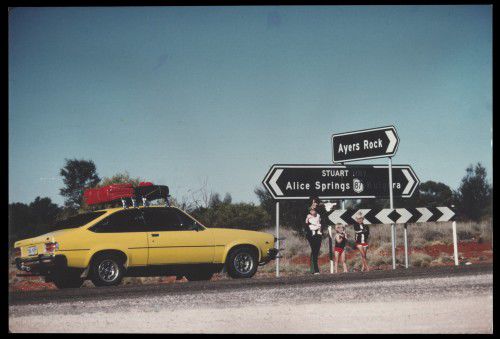 CANBERRA’S National Museum of Australia has acquired the 1977 model yellow hatchback V8 Torana, which was central to the conviction and ultimate exoneration of Lindy and Michael Chamberlain, over the 1980 disappearance of their daughter, Azaria.

Wikipedia has a lengthy piece on the case for those who have come in late.

“Because I love this car, it is with some sorrow that I am releasing it to the National Museum but I also take comfort from the decision, because I know the Museum will take better care of the vehicle than I can. It will survive not just as an example of a total forensics failure, but ultimately as a symbol of the triumph of Australian justice,” said Michael Chamberlain.

National Museum senior curator Sophie Jensen said that, “the Torana is an important addition to the Museum’s National Historical Collection which will help future generations understand this important and tragic episode in Australian legal history”.

The dismantled car was held by Northern Territory authorities until 1990 when it was returned to Michael Chamberlain, who restored it. The National Museum acquisition also includes Dr Chamberlain’s Bible, his running shoes worn at Ayer’s Rock , clothing and photographs.