ACT Policing Operation Barrington commenced 10 months ago targeting the cultivation and supply of cannabis within the ACT and surrounding regions. 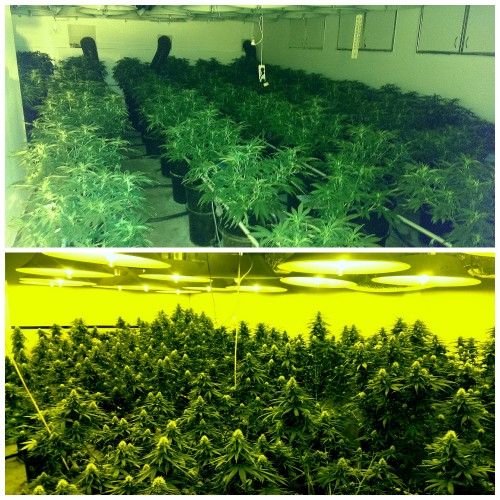 Members from ACT Policing’s Drug and Organised Crime Team executed simultaneous Drugs of Dependence Act search warrants on four residences yesterday, two in Evatt, one in Flynn and another in Mawson.

During the searches, police located and seized an estimated total of 800 hydroponically grown cannabis plants from three of the premises, 17 kilograms of packaged cannabis, drug growing equipment, paraphernalia and an amount of cash. The potential street value of the drugs seized is about $2,500,000.

The Chinese Nationals will face the ACT Magistrates Court this morning (Friday, April 4), facing charges of Trafficking in cannabis and artificial cultivation of a commercial quantity of cannabis. Bail will be opposed. A 43 year-old Mawson woman will be summonsed to appear at a later date.

Detective Sergeant Shane Scott from ACT Policing said yesterday’s successful operation was only possible through a strong and cooperative relationship with colleagues from NSW Police.

“Operation Barrington is an excellent example of ACT Policing’s close working relationship with our colleagues from NSW Police and how our processes are effective in achieving positive outcomes for the community in getting drugs off the street across jurisdictions,” Detective Sergeant Scott said.

The Commander of the NSW Police Force’s Drug Squad, Detective Superintendent Tony Cooke, commended the professionalism of his officers and their counterparts in the ACT who worked together seamlessly to dismantle the drug supply syndicate.

“The investigators involved in this operation, both from the NSW Police Force and ACT Policing, have done an excellent job,” Detective Superintendent Cooke said.

“Their careful planning, investigative nous, and brilliant execution has resulted in us preventing a significant amount of drugs from reaching communities in both NSW and the ACT.”

ACT Policing urges anyone with information regarding the manufacture or distribution of illicit drugs to contact Crime Stoppers on 1800 333 000 or via www.act.crimestoppers.com.au. Information can be provided anonymously.

CityNews - May 28, 2020
0
Thinking about heading to a cafe or restaurant? LISA BRICKNELL explains how you can stay safe when eating out.