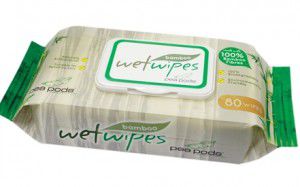 ACTEW Water is warning that Canberra’s wastewater system is being clogged with masses of disposable wet wipes as residents supplement their traditional toilet paper supplies.

ACTEW Water spokeswoman Angie Drake admitted that it was unlikely that while we would ever have our own fat-burg discovery because our sewerage system is different to that of the United Kingdom; our network and infrastructure were still at risk of continual clogging if we did not change our ways.

“It was reported over the weekend that Sydney was experiencing its own ‘personal wipe’ endemic with major clogging occurring across the sewerage network due to personal and cleaning wipes which claim to be flushable,” Ms Drake said.

“We are experiencing our own problems here in Canberra, caused by much the same issue, just on a smaller scale,” she said.

“Instead of disintegrating after flushing – like toilet paper does—the synthetic body wipes are not breaking down, and this is contributing to an average of one pump blockage occurring every three days.”

“This poses a significant cost to the Canberra community – and across the developed world—and one that is preventable if we do the right thing.”

“Flushing any kind of wipes down the toilet or drain can seriously impact our sewerage network, and have very serious impacts on the environment.”

“There are some things that we can do as a utility such as replace our infrastructure progressively with non-clog pumps, but this takes time, and comes at considerable cost.”

“Over coming weeks and months, ACTEW Water plans on targeting some of the hotspots to educate the community about what these types of items are doing to our system, and potentially to our environment.”

“The message is relatively simple for the community – only human waste and toilet paper should be flushed.”

“The issue is not exclusive to the Canberra region, with one million kilograms of wet wipes reportedly being removed from Sydney sewers over the last two years, a trend which is costing Sydney Water millions of dollars to remove,” she said.

“It’s important to remember that even though some wipes are advertised as “flushable”, they are certainly not welcome in our network.

Facts about our pipes and wipes: