SIMON Stone’s production of “The Government Inspector” is up and running at the Canberra Playhouse. 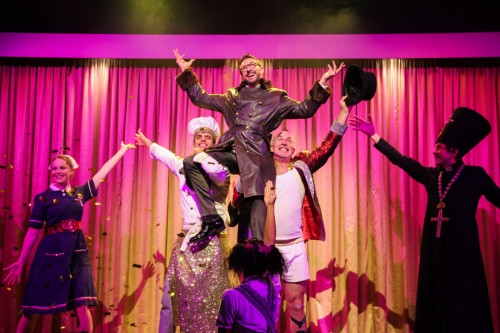 As even Stone admits,“It’s not really ‘The Government Inspector’,” but rather a zany re-imagining of Nikolai Gogol’s famous play of the same name, as a reluctant company of actors gets ready to perform the Russian play. 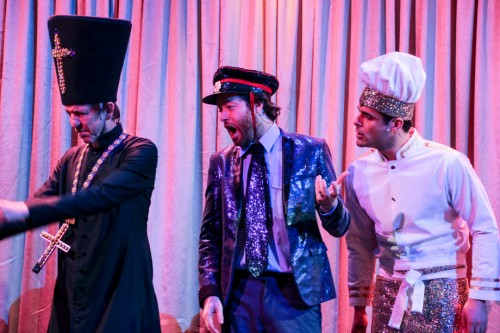 Stone devised the play with his co-writer Emily Barclay and a cast that had already been hired for “the Philadelphia Story”, which was dropped when the rights fell through. But he knew that his six actors, Fayssal Bazzi, Mitchell Butel, Gareth Davies, Robert Menzies, Zahra Newman, Eryn Jean Norvill and Greg Stone, could do comedy. 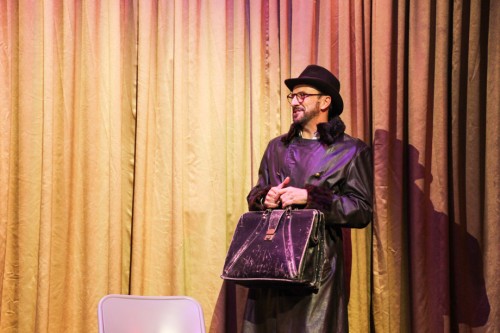 The evening which Stone has described as “three plays in one,” ends with a rollicking musical created by Stefan Gregory for the production. It’s not quite, Gilbert and Sullivan, not quite Gogol – you’ll just have to see it.

Photographer Greer Versteeg joined us yesterday at the Playhouse to capture all the fun of the finale, as seen on this page.