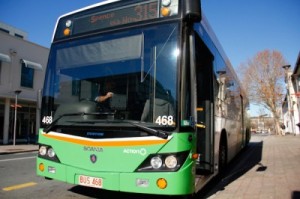 TERRITORY and Municipal Services is advising Canberrans of trading hours and changes to services over the Christmas and New Year period.

After-hours return chutes will be available for the return of library materials 24 hours a day at the Tuggeranong, Woden, Dickson and Belconnen branches from 1 pm Wednesday 24 December 2014 until 10 am Friday 2 January 2015. For safety and security reasons, return chutes at all other libraries will not be open during this time.

No items will fall due from Thursday 25 December 2014 to Thursday 1 January 2015 (inclusive). If your books are not overdue, renewals can be made online at www.library.act.gov.au via My Account (log in using your membership number and PIN). Telephone renewals can be made by phoning 6205 9000 (except 25 and 26 December and 1 January).

Passengers catching ACTION buses between Monday 22 December 2014 and Friday 9 January 2015 are reminded that ACTION will be running a revised timetable, including a special Christmas Day bus service for Thursday 25 December 2014.

This year’s Nightrider bus service has commenced and will operate from midnight on the weekends of 12-13 and 19-20 December with extra services on New Year’s Eve. Nightrider will cost passengers $5 cash. MyWay cards will not be accepted.

For more information and timetables, visit the ACTION website www.action.act.gov.au, call the ACTION & MyWay information line on 13 17 10 or use Google Transit to plan your journey.

Waste management services will operate on the following schedule.

*This is not an ACT Government facility.

Canberra Connect services will operate on the following schedule.

The Village Centre, National Bonsai and Penjing Collection, The Curatoreum and Sprout Cafe will be open from 9 am to 4 pm every day throughout the Christmas and New Year period, except Thursday 25 December 2014 when they will be closed. The Conservatory Restaurant will also be closed on Christmas Day.

The Arboretum grounds, including the Pod Playground, will be open from 6 am to 8.30 pm every day throughout the holiday period.

Googong Foreshores and Tidbinbilla Nature Reserve, including the Visitor Centre and Cafe Tidbinbilla, will be closed on Thursday 25 December 2014. The Namadgi National Park Visitor Centre will also be closed Christmas Day, although the park will remain open to visitors.

Canberrans and visitors are advised that during periods of wet weather, high winds or total fire bans, restrictions and closures may apply to many public reserves, forests and other areas. For further information please contact Canberra Connect on 13 22 81.

Emergency after-hours services for dog attacks or injured dogs are available by contacting Canberra Connect on 13 22 81.

The Wholesale Nursery, including the free plant issue scheme, will be closed from 12 noon on Wednesday 24 December 2014, reopening at 7.30 am on Monday 5 January 2015. 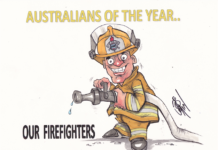