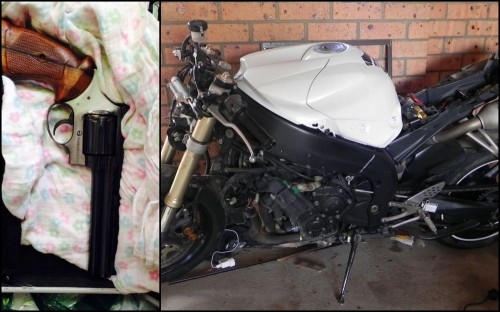 ACT Policing’s Crime Targeting Team carried out the warrants across the Woden and Tuggeranong patrol zones as part of an ongoing investigation into numerous burglary, theft, fraud and vehicle offences across Canberra.

Police seized a motorcycle and stolen vehicle parts suspected to be used in the re-building of a second motorcycle, along with a loaded firearm and ammunition.

War memorabilia was also recovered in the search, suspected also to be stolen property.

A 23-year-old man was arrested and taken to the Tuggeranong Police Station.

He was charged with a number of property and fraud offences and will face the ACT Magistrates Court today. Police will oppose bail.

Another 23-year-old man is in custody and is expected to face further charges.