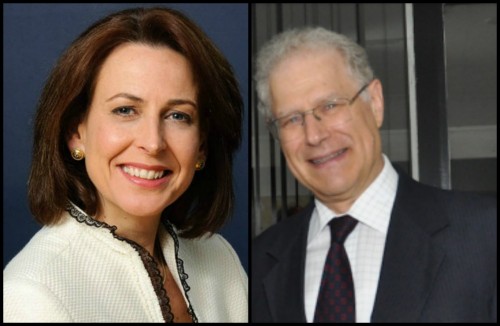 JOY Burch has announced the appointment of Virginia Haussegger and Justice Richard Refshauge to the Board of the Cultural Facilities Corporation (CFC).

“I am delighted that these two high-profile individuals have agreed to extend their contribution to the Canberra community by taking up membership of the board of the ACT’s major cultural enterprise,” Joy said.

Virginia Haussegger has presented ABC TV News in the ACT since 2001.

She is an Adjunct Professor at the Institute for Governance and Policy Analysis, University of Canberra; a Board member of UN Women National Committee Australia; and patron of Save The Children ACT.

Richard Refshauge is a Judge of the ACT Supreme Court. He has a long history of involvement in community and arts activity including as Chair of the ACT Cultural Council and Chair of QL2 Dance youth dance ensemble, and brings to his new role extensive experience in law, governance and arts organisations.

“The knowledge and skills that Ms Haussegger and Justice Refshauge bring to their new positions will be highly valued by the CFC in its role of enriching the cultural life of Canberra,” Joy said.