CASTING the part of a horse might not be everyone’s cup of tea, but barb barnett has approached the task head-on in her first directorial role for Canberra REP, opening on Friday. 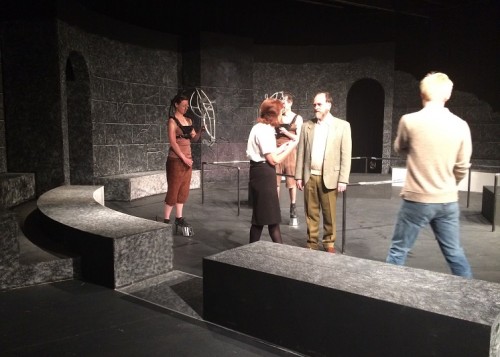 Departing from convention, she has divided the six horses in the production of Peter Shaffer’s “Equus” evenly between men and women.

At a rehearsal yesterday, a photographer was calling out “will the female horse please move to the left a bit?” and other such instructions.

“CityNews” spoke to the female horse/chorus, played by Erin Pugh, who said that although she didn’t necessarily “play the role with gender in mind,” she very much liked the balance between male and female horses that barnett had introduced.

Pugh said they’d been studying “horse things” on the Internet and they’d also been visited by an equine expert who taught them where horses place their weight. Although only the heads and the hooves are visible, “we extend out to the full horse,” she explained.

At yesterday’s rehearsal we weren’t treated to the full psychological and ritual impact of having six huge horses staring down at one young boy, the protagonist in the play Alan Strang, played by Ben Hardy, who finds himself under psychiatric treatment from Dr Dysart after blinding the horses. 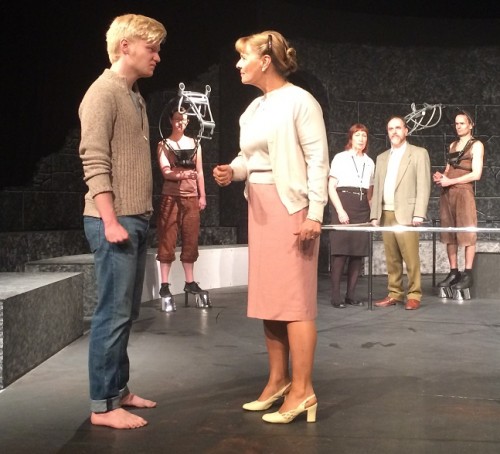 The rituals elements, cast members said, were clearly reflected in Ian Croker’s set, conjuring up Greek tragedy rather than a stable. “The set allows us to become a chorus,” Pugh said.

barnett said she and her cast had been making sure the script, originally written in in 1973, was absolutely up-to-date. “Jerry [Hearn, playing the psychiatrist] talked to a friend who works in the field who told him that the profession still uses ‘talking therapy’,” barnett told “CityNews”.

She is pretty sure though that audiences will be fascinated by Shaffer’s exciting play that pitches ecstatic vision against the mundane imperatives of day-to-day life.

CityNews - April 3, 2020
0
With less traffic on the road, Canberra police say motorists are more likely to get caught doing the wrong thing.