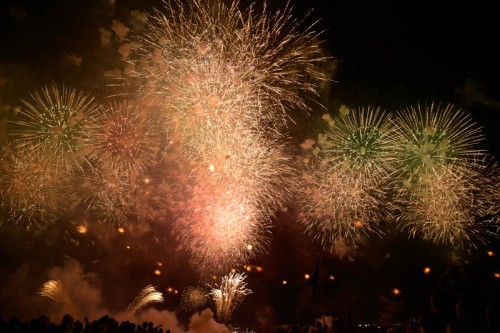 A 30-year-old man was hospitalised last night following reports of fireworks being set off on an oval in Kambah (Sunday, July 6).

Police responded to reports of fireworks about 9.30pm last night at the Kambah District Playing Fields, off Chirnside Circuit, Kambah.

A witness reported the car’s registration to police, who later attended the owner’s home and seized 14 assorted fireworks.

The man was hospitalised with severe injuries to one of his hands.

Superintendent of South District, Justine Gough, said this is a significant reminder to the community of the dangers of playing with fireworks.

“This is a timely reminder, especially with the start of school holidays, of the potential for serious injury associated with operating fireworks,” said Superintendent Gough.

Consideration will be given to the laying of charges in relation to this matter however at this time our concern is on the man’s recovery,” she said.

Police urge anyone who has any information about suspicious activity relating to possible fireworks incidents, including damage to property, to call Crime Stoppers on 1800 333 000, or via www.crimestoppers.act.com.au.

From Bradford to Canberra that has not seen sunnier days