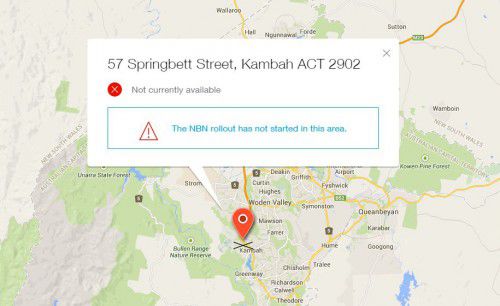 NBN Co has announced a new rollout plan revealing the next 57,000 homes and businesses across four suburbs in ACT set to receive the National Broadband Network (NBN).

The expansion of the rollout is the first to reflect the company’s new, flexible multi-technology approach and is a step toward reaching its goal of 8 million connections to the NBN by 2020.

The plan provides an indicative view of scheduled construction work up to June 2016 including new areas added to the rollout such as parts of Kambah and Scullin.

“We’re committed to bringing fast broadband to all Australians as quickly as possible. The new multi-technology approach enables us to do just that,” said NBN Co spokesperson Darren Rudd.

“This is exciting news for the suburbs and towns which have been added to our construction schedule as it means work to build the network is expected to be underway by mid-2016.

“Access to fast broadband can provide a range of benefits for homes and businesses such as improved opportunities to work from home, better access to online education tools and more options for on-demand entertainment.

“Naturally some people will be disappointed that they are not included in today’s plan but ultimately no-one misses out as the NBN will be made available to every Australian family and business by 2020.”

The rollout of the NBN has now reached more than 15,000 homes and businesses across the ACT.

More information on the new construction schedule is available at nbnco.com.au/rolloutplan