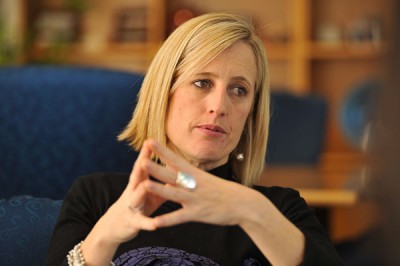 CHIEF Minister Gallagher has unveiled her schedule for a whirlwind trip to Shanghai.

The Chief Minister will be in Shanghai and will meet with Zhenfa New Energy on Wednesday morning. This will be followed by a meeting with CELAP and a tour of the campus. The CM will then announce details of a new scholarship.

In the afternoon, the CM will meet with China State Rail (CSR), a state-owned rail company. This will be followed by a visit to Fudan University with ANU professor Ian Young.

The Chief Minister will have a morning meeting with Huawei to discuss SMART City initiatives followed by a meeting with Shanghai Normal University to sign MOU.

In the afternoon the CM will attend a series of events as part of the Australia Week In China (AWIC) program. This includes a Tourism and Infrastructure Investment Roundtable to discuss the City to the Lake project followed by an Australia – China Tourism Investment networking session.

In the evening, the CM will participate in the Prime Minister’s Program by attending drinks hosted by Australia’s Ambassador to China, held at the Consul General’s residence.