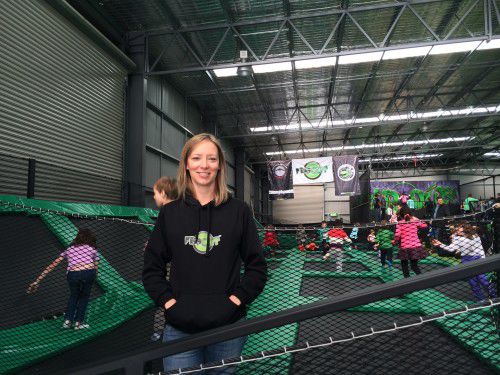 People love to bounce, if the early success of trampolining franchise Flip Out is anything to go by.

Weekends and public holidays have been full to capacity, says Meredith Hetherington, manager of the Hume trampolining facility.

“It’s been huge – we’ve only been open for a few weeks and people are already booking in advance so they don’t have to wait,” she says.

Meredith moved from Sydney with her husband Adam Hetherington, his brother Luke and Luke’s wife Casey to start the franchise, which has branches in Sydney, WA, Queensland and Victoria.

“I think that despite what people say, kids do like getting out and about and being active,” she says.

“I’ve had a lot of parents say to me, at least they’re not playing on the Playstation,” says Adam. 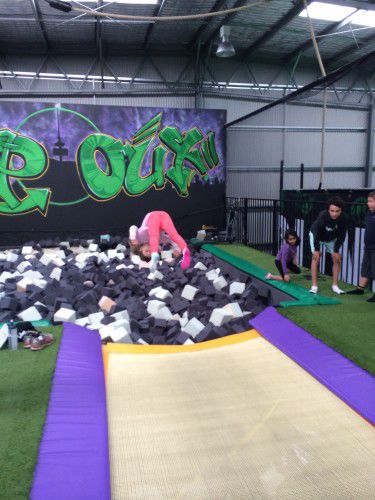