IN “City News” (October 9) you had a lovely article on the 50th birthday of Curtin. I was not able to attend this event, but the local parking inspectors had time to go! 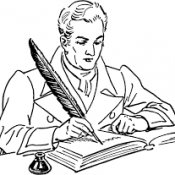 They were booking all who were there to enjoy the special day. Shame on you ACT government revenue raisers.

How can we  build community spirit when it was stripped away to leave a bad taste in the mouth? The ACT government actively promoted “Party at the Shops” last year for the Centenary, but no parties this year.

FEW would deny that so-called medical cannabis is one of the most hotly contested issues in Australia.

I hold that all commenting publicly, including media representatives, have an ethical obligation to recognise the emotional and compassionate aspects of those seeking alleviation of pain. This being satisfied, there is an equally weighty ethical requirement not to present authorities responsible for judgement on the efficacy and safety of drugs as devoid of such feelings. To do so, immediately prejudices any objective considerations critics may claim to have.

If ever lack of rigid medical research is overwhelmed by popular opinion, which then becomes the predominant and deciding factor in the approval of medicines in Australia, we will leave our bodies exposed to myriad illnesses, many on a level of harm so far unimagined.