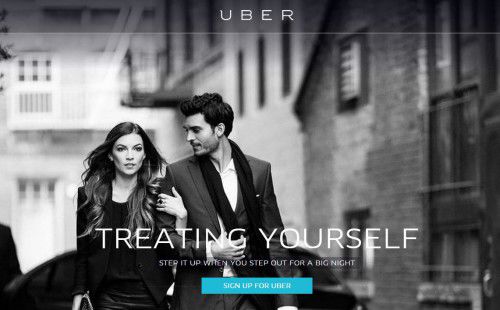 I took two separate rides with two different UberX drivers yesterday. At no time did I feel as though my life was in danger.

But in danger I was, at least according to several factions debating the safety of my choice to have an unregulated stranger drive me from one location to another.

You see, a war is brewing.

Uber, it appears, has been at war since its inception not only with other transport providers, local government and councils, but an increasing group of journalists.

This war seems to have reached a boiling point over the past few days.

Much has been made of the comments from Uber’s senior vice president of business, Emil Michael, at a dinner attended by an upmarket crowd in Manhattan. Buzzfeed reports Michael said women are “more likely to get assaulted by taxi drivers than Uber drivers.” Michael followed this statement up with plans to carry out “oppo research” on journalists and commence smear campaigns.

He claims these comments were made off-the-record in response to an article written by PandoDaily editor Sarah Lacy, claiming she was deleting her Uber app on her phone because she felt unsafe as a woman using their services, but mostly because of their “asshole” culture. Now Australian media are reporting on the he-said-she-said saga.

This kind of conflict is not new to Uber. Managing partner of European PR agency FINN Raf Weverbergh describes Uber as deeply entrenched in an “us versus them” mode and says they can’t seem to snap out of it. But if the company does not snap out of it, Weverbergh says it might end up having real consequences on the business.

Uber became a worldwide brand almost overnight due to its tactic of engaging in conflict with what Weverbergh calls “deeply entrenched players [such as] city councils and taxi industries”. While a surprising strategy for a startup, he says by generating a “sometimes exaggerated response, Uber comes across as much bigger than it is”.

UTS Professor of Public Communication Jim Macnamara denies Uber is utilising a “public relations” strategy. Macnamara says “it seems to be marketing strategy and recruitment strategy that is causing the controversy – and very aggressive ones at that”.

Macnamara highlights an apparent lack of PR consultancy in managing Uber’s message. “Professional public relations advisers would not recommend or condone the personal attacks on journalists and ‘oppositional’ research that are alleged to be undertaken by this company.” Here Macnamara explains that, such activities, if they are undertaken, breach ethics standards in PR and in research.

Ironically, Uber’s take no prisoners approach is currently being replicated by the Taxi Council of Qld, which has launched a media campaign advising passengers and drivers their lives are in danger if they utilise the services of an Uber driver. A stance supported by the Qld Government, which issued a cease and desist notice in May, and more than A$170,000 in fines to 62 Uber drivers.

Weverberg says this round with the media is not over for Uber, and journalists are more angry than Uber realises. Uber has a reputation problem. A statement backed up when I woke up this morning with more journalists declaring they are deleting their Uber Apps. Weverberg says Uber will be assigned proportionally more blame if it continues its current trend of aggressive response.

Uber Brisbane spokesperson Katie Curran says Uber “have not, do not and will not investigate journalists” and that the remarks made by its US executive on Friday night “have no basis in the reality of our approach”.

Impact on the business

This war of words does not seem to be playing out at street level. Uber’s social media strategy and word of mouth marketing continues with Uber claiming, in Australia alone, 1100 new partners are signing up to the platform every month.

Mumbrella Deputy Editor Nic Christensen says “Uber has always been really engaged with the media and what is interesting about this case is they clearly crossed an ethical line”.

Christensen is not sure there will be immediate consumer backlash but he does wonder if it will increase the media’s hostility in dealing with the company.

While Michael has since apologised to Lacy, an apology she has posted on her site, Lacy admits she refuses to take his calls unless he allows them to be “on-the-record”.

Faith Valencia does not work for, consult to, own shares in or receive funding from any company or organisation that would benefit from this article, and has no relevant affiliations.