“TALES of the City” could refer to the eponymous stories by Armistead Maupin of ‘90s San Francisco. But I sure Camp Quality didn’t have that in mind when it chose it as the theme of its annual fundraising night out in five cities around the country.

Tales would be shared, new ones would evolve and many an indulgent pleasure experienced.

It started for the media group at Soju Girl, one of the 10 participating restaurants, and could have ended there with the superb menu planned and explained by head chef Derek Brown satisfying even the most discerning of palates with the eclectic fusion of Asian cuisines, deconstruction of familiar favourites and molecular gastronomy for delicious flavour combinations.

But we had another party to go to. The after party is the grand finale for this event when all the diners are “limousined” to the secret location – it was Old Parliament House – for the chance to let their hair down. One gent, with an inclination for anonymity, kept his under his wig.

Camp Quality supports kids with cancer, that’s the only tale I really need to tell. 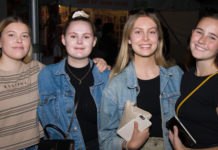 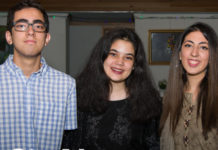 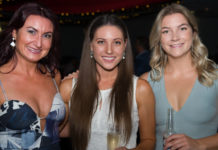