FULL marks to Business Council chief Chris Faulks for taking up the cudgels wielded by Federal Labor frontbencher Anthony Albanese to get the Feds involved in promoting Canberra tourism. And she’s quite right about that awful “Feel the Power” campaign. It was counter-productive. We reckon “Heart of the Nation” is the go.

Happily, Floriade just keeps getting bigger. But as local gardeners pointed out, climate change means the blossoms are blooming two weeks earlier than they used to.

SPEAKING OF Albo, Labor pollster Rod Cameron this week warned that the party couldn’t win with Bill Shorten as leader, even with Tony Abbott’s popularity at rock bottom. Just shows how silly the new leadership rules are – 60 per cent of members who wanted Albo trumped by the factions in Caucus.

PLEASING to see Lib leader Jeremy Hanson backing off the political imbroglio that surrounded Mr Fluffy victim and advocate Brianna Heseltine this week. “I will continue to work with [her] in a professional capacity as is appropriate,” he said.

Her interview with Marcus Paul on 2CC – available through citynews.com.au – defending her right to join a political party showed just how effective she would be in the cut and thrust of parliamentary life. But for the moment the need to get proper compensation for the affected homeowners is the only priority. And the conciliatory attitude adopted by the Federal Minister Eric Abetz gives hope that a genuine solution is in the offing.

ABBOTT took his international statesmanship – and the Dancing Shiva – to India this week after first giving the nod to the SAS to fly into Iraq with our resupply of the Kurdish fighters in their battle against “pure evil”. Plenty of that around: that massive international conspiracy of priestly paedophiles, for instance.

LOOKS like our former Deputy Chief Minister and Attorney-General Bernard Collaery could be headed for the Alexander Maconochie Centre if his Federal counterpart George Brandis has his way. Brandis sooled the AFP on to him this week and, if convicted, that could mean two years in the pokie. Bernard was acting for East Timor and an ASIS spy when he allegedly told the ABC how the spy inserted bugs to discover their tactics in a big oil and gas negotiation. What fun if it goes to trial.

THE Sydney ICAC hearings took a further toll of pollies on both sides of the aisle this week, mostly over illegal fundraising. The obvious solution: all election funding to come from the public purse and be set at a reasonable limit. That way no one is beholden to lobby groups, from trade unions to dodgy developers.

SAD to see that even in enlightened Canberra we can’t escape the “concerned citizens” campaigning against the Gungahlin mosque. Their objection was thrown out by the courts and they missed the deadline for appeal. Still they persist. 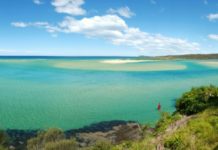 Robert Macklin - March 31, 2020
0
"Here’s the really big question: who will be first to produce the effective vaccine, once the first version fails to turn the tide? I like to think it will be Queensland Uni combined with Melbourne’s Peter Doherty Institute," writes "The Gadfly" columnist ROBERT MACKLIN.