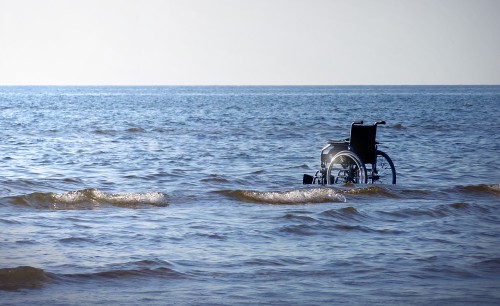 KATY Gallagher and Joy Burch have courageously announced an expansion of the ACT’s programs under the National Disability Insurance Scheme despite the looming possibility of funding cuts in the Commonwealth’s May budget.

“The ACT will lead the nation on the National Disability Insurance Scheme, becoming the first jurisdiction in Australia to accept all eligible people into the NDIS and almost doubling the size of the disability sector workforce.

“From 1 July 2014, about 5,000 Canberrans with disability will begin to transition into the NDIS, transforming the way they are supported and giving them more choice and control over their lives,” the Ministers said.

The announcement included a projection that the cost, in Canberra alone, would be in the order of $342 million a year by 2020 employing a huge number of additional staff.

As part of the transition the ACT Government will introduce a phased withdrawal from provision of accommodation support, therapy services and early childhood intervention programs for children with developmental delays which will commence at the end of this year and be implemented over a three-year period.

UPDATE: The Health Services Union has expressed concern that the shift to non-government service provision will affect standards.

“Health Services Union members are deeply concerned for the welfare of the people they have been working with,” Ms Turello said.

“Our members have built up working relationships with their clients, some in excess of twenty years. They have regularly put their client’s welfare ahead of the their own.

“Now they have had the rug pulled from under them.”

Housing figures the government does not want renters to know