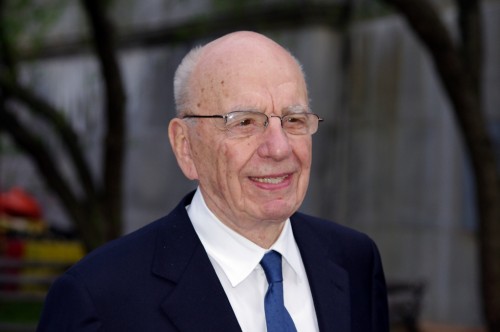 NEWS Corporation could increase its share of newspapers purchased in Australia’s capital cities to about 80% and have a weekday monopoly in all except Perth, ABC managing director Mark Scott has said.

News Corp papers could extend their current 70% reach if Fairfax, publisher of the Sydney Morning Herald and The Age retreated – as has been speculated – to a weekly print edition.

“Given the aggressive editorial positioning of some of their mastheads and their willingness to adopt and pursue an editorial position, an ideological position and a market segmentation, you could argue that News Corporation newspapers have never been more assertive in exercising media power,” Scott said in a speech at Melbourne University’s Centre for Advancing Journalism.

“This is worth reflecting on when thinking about life without Fairfax in print most days of the week.”

News Corp currently sold about 70% of papers bought in capital cities and with the exception of the Australian Financial Review, published by Fairfax, was already a monopoly provider in Brisbane, Adelaide and Hobart.

An extension of the monopoly would be good for News Corp shareholders, Scott said. “People will draw their own conclusions about what this means for public debate and the contest of ideas.”

The newspapers that survived would be powerful. “The return of Lachlan Murdoch to his position of power in the family business was clearly a significant news story, not just for his company but for our society. We will all watch to see how he wants to exercise that power.”

It remained to be seen whether new arrivals (which include the Guardian and the looming Daily Mail) would be able to break and set major news agendas.

But at the moment, despite new players on the media scene, the traditional news providers remained dominant, Scott said.

“While the big commercial media organisations may be less profitable and are continually struggling to monetise, they remain robust in setting and shaping a media agenda – in defining the news and providing a focus for the rest of the media ecosystem to follow.”

Scott’s strong words about News Corp’s aggression and assertiveness are against the background of a running battle in which News has strongly attacked the ABC for alleged bias, called for Scott’s resignation and urged government action against the public broadcaster.

They also come as the government proposes freeing up the media ownership rules to scrap the provision that one owner can have only two of TV, print and radio in a single market. There has been speculation News could buy Ten and Fairfax and Nine could merge if that happened.

Scott vigorously defended the ABC’s role, performance and integrity. “The ABC remains the most trusted and respected source of news and information in the country … a fact confirmed in nationwide polling, time and time again.”

He predicted Australia would follow what was happening in the United States and the United Kingdom with “market segmentation in news based around specific political and ideological perspectives.

“As Fox News has shown in the US, it’s a way to make very significant money while others around are struggling. The ABC, on the other hand, will always want and need to be a broad and inclusive media organisation, aiming to be the nation’s town square where all people can come to speak and be heard, to listen and to understand.

“Our channels and platforms are now, more than ever, the place for the robust contest of ideas.”