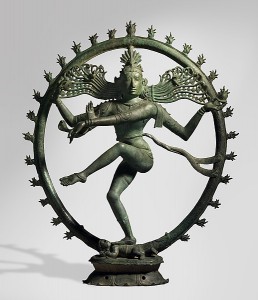 GALVANISED into action by the “Dancing Shiva” crisis and related questions, the National Gallery of Australia today has announced plans to address provenance issues in relation to its Asian art collection.

“The NGA acknowledges that there are works in the collection whose provenance and legal status needs a renewed level of scrutiny,” new NGA director, Gerard Vaughan, said. “The situation is regrettable, however we are now addressing these issues in a proactive and open manner.”

Following a meeting of the NGA Council in November the following actions are being taken:

Appointment of an independent reviewer (to be announced in the New Year to report to Council on the interpretation of relevant cultural laws (Australian and country of origin) in this area as well as chain of ownership and provenance.

NGA website provenance project – listing the full number of imaged sculptures from South Asia which the Gallery is researching and seeking further information about. In the New Year research will extend to works from Southeast Asia.

Revision of the existing NGA due diligence procedures to ensure alignment with the new Australian Government guidelines for collecting cultural material.

The Asian art collection holds approximately 5,000 items. A preliminary internal assessment has identified 54 significant South Asian works which are now public on its website, for which further information and documentation is sought. None of these works is subject to claim.

The gallery will pursue thorough and detailed research into the provenance of its Asian collection working with appropriate experts and authorities. and relevant donors. It is expected that the detailed research of this kind will take several years to complete.

In the first phase of the provenance project, the website comprises 54 significant works from South Asia referred to above. These are now publicly available at nga.gov.au