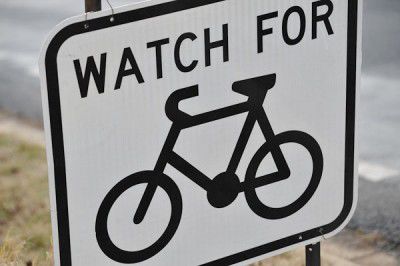 “The government could not ignore the findings of the ACT Chief Health Officer’s Report 2014, who found the bike injury rates in Canberra during 2012 were twice the national average. Nor could it ignore the growing safety concerns of the 87,000 Canberrans who cycle the territory’s road and paths in a typical week,” John said.

“In simple human terms this injury rate amounts to 110 bike crashes, one person died, 26 were admitted to hospital and 83 people required medical treatment. And this does not take account of the many unreported cycling injuries that have occurred since 2012.”

Pedal Power has called on the government to immediately implement a trial of lower speed limits in all school zones, town centres and residential areas which have high levels of pedestrian and cycling activity in close proximity to shared paths.

“The government could introduce a 30 kph speed limit in all these areas at the stroke of a pen and save lives and reduce the overall accident rate. The impact of such a decision on the travelling time of motorists would be minimal.”

In addition, Pedal Power has also called on the government to reconsider its budget priorities and set aside sufficient funds to provide separate dedicated bike lanes in the CBD, Turner and Braddon – areas where the Chief Medical Officer says the most cycling accidents were occurring.