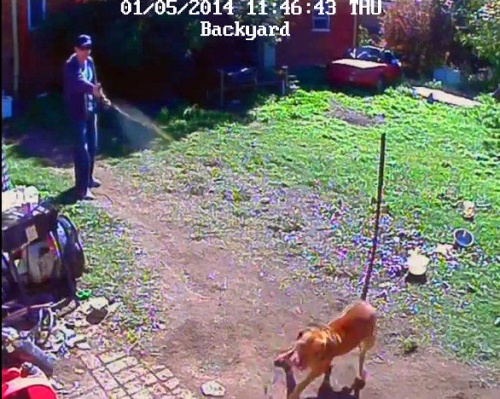 In relation to The Canberra Times online article, please refer to http://t.co/TPvz34k5hN for ACT Policing's statement.

In relation to The Canberra Times online post today (June 20), ACT Policing treats allegations such as this seriously and this matter is subject to an internal investigation by AFP Professional Standards (PRS).

ACT Policing does not condone cruelty to animals in any form. All officers are required to report all use of force actions, and the reported use of oleoresin capsicum spray is part of this requirement.

The AFP operational safety guidelines in relation to use of force can be found here: http://ow.ly/yfeaO

As this investigation remains ongoing, it would not be appropriate for ACT Policing to comment any further.

The Canberra Times article features CCTV of a chained dog being pepper sprayed, taunted, and having a stick thrown at it by officers.

UPDATE: A further tweet from The Chief Police Officer via ACT Policing:

Let me reassure #Canberra community we do not condone animal cruelty in any form & allegations of misconduct will be examined. A/CPO Pryce

Further Update: Lawyers for the complainant Ben Aulich and Associates have forwarded the full videos of the incident.

And then the aftermath.

UPDATE: The RSPCA is also communicating only via social media and has made this statement on facebook:

We have received a number of inquiries about a video posted by the Canberra Times today. The AFP are RSPCA-ACT’s trusted partner in preventing cruelty to animals on a normal daily basis. Today, they even supported us in a very difficult inspectorate case.

However, this video shows inexcusable behaviour towards a dog that is tethered and obviously cannot hurt that officer. What we don’t know is why he did this. We only know after speaking with the AFP that the animal did not require veterinarian treatment for this officer’s actions.

We also know that the AFP are currently conducting internal investigations into the matter, and we are prepared to support them as required to ensure that the welfare of this and any other animal is protected regardless of who might be involved.