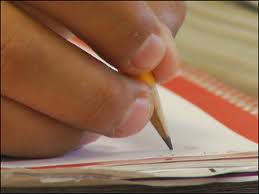 BY 2017, some 16,500 public servants will have lost their jobs, or have been shuffled into other positions within the public service, in the government’s ongoing drive for budget savings.

The long-standing Commonwealth “efficiency dividend” also has impacts on jobs, as it works on the premise that increases in productivity make it possible to reduce funding to Commonwealth agencies without compromising outputs.

But what of the impact on the people who lose their jobs? Research from Flinders University’s National Institute for Labour Studies (NILS) suggests the human costs to public servants will last for years.

The research shows public servants are badly affected by job changes. They take more than three years on average to return to pay equivalent to their peers who didn’t leave public service.

The justification for cuts

In the 2014/15 Australian budget the annual efficiency dividend of 2.5% is forecast to save A$2.8 billion. The “smaller and more rational government” initiative is expected to save another A$530 million.

The first measure is an annual untargeted reduction in the budgeted expenditures of each public sector body. The second identifies specific public bodies for cessation or merger as well as a numerical reduction in public sector staffing overall.

The word “savings” is applied to these cuts as the initial outlay to public sector expenditure appears reduced. The word “efficiency” is used as it is assumed the same services will be achieved with fewer resources, a type of technical efficiency. However, the efficiency of this efficiency is debated, with several experts judging that this form of restructure is not working as expected.

We are all familiar with private service industry instances of this. Banks, for example, using innovations in information and communication technology, have vastly reduced the number of people they need to employ, lowering the staffing cost of providing the service. But public sector savings are sometimes made with the horse before the cart, seemingly in the hope that cuts to resources will achieve the same result, regardless of incremental technological change.

The NILS research aimed to assess the restructuring policy for public servants and gather information about the impact on both pay and job satisfaction. A soon-to-be released update shows the movement of the public servants has important economic and social effects.

Using simple averages to compare pay or job satisfaction can be misleading because it incorrectly attributes the difference to the sector rather than individual characteristics of the workers, such as differences in occupations, skills, age and background that differ between the sectors. To avoid this danger, sophisticated statistical models were applied to control for these fixed individual specific characteristics from repeated individual survey data.

The research found that three years later public servants who had moved from public service had not returned to pay equivalent to those who didn’t leave.

In the first year, public servants who moved to the private sector had 6.4% lower earnings on average than those who stayed. Three years later, the data showed they were still earning 1.9% less.

This evidence reflects the best-case scenario as future changes might be more involuntary, with fewer voluntary moves compared to the historical changes examined. There was also no account of further income losses from inflation rises, nor were the costs for workers who ended up in unemployment or out of the labour force included. Those remaining public servants with a different employer (those who were shuffled) maintained comparable pay with their peers who didn’t move jobs.

The government has not presented a clear social cost-benefit with arguments linked to how services are maintained, or performance measures showing improvements from such cuts, and what changes the cuts should achieve.

Public debate on whether it is worth it seems hemmed, perhaps by lack of objective information, despite a number of reviews, including the National Commission of Audit, that critique and stress the need to re-assess the efficiency dividend and public restructure. Some earlier research shows the Australian public sector is already lean. This research shows the significant human cost of the cuts.

Genevieve Knight currently receives funding from the Department for Business,
Innovation and Skills for evaluating an FE policy; Northern Connections for an aged care workforce initiative cost benefit analysis; RCSA for a secondary analysis of the aged care census. Relevant to this research, related research in UK data was a beneficiary of ESRC research council funding.