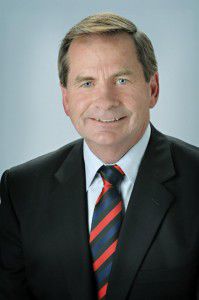 “The purpose of this meeting was to review the matter with the Minister and discuss options for a way forward including the possibility of a new regulation or amendment to the Local Government Act to allow Council to write off or waive the supplementary retrospective rates notices given the particular circumstances,” Mayor Overall said.

“The meeting was mutually considered to be constructive. The Minister confirmed he and his Department have been well briefed on the matter and were across what was proposed by Council.

“It was acknowledged by the parties that there were complexities that needed to be carefully considered and that Council was in the process of obtaining legal advice on a range of matters. The Minister recommended Council maintain a close dialogue with the Office of Local Government who in turn would keep the Minister fully appraised.

“Resolution of this matter may take some time, however, as agreed by Council and notified to affected property owners, supplementary retrospective rates notices remain on hold until further notice.”

CityNews - October 27, 2020
0
The Canberra Liberals have elected Elizabeth Lee as the new leader.