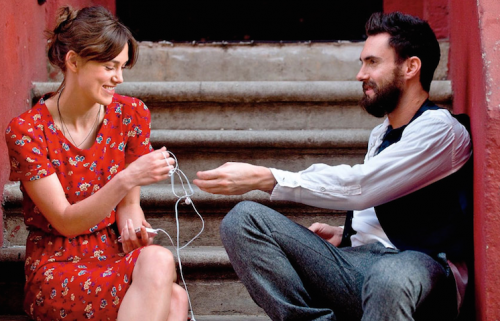 THE only expectation I had about Irish writer/director John Carney’s film was that I’d probably find the music not to my taste. And so it was. However, its music-making processes compensated.

Gretta (Keira Knightley) enjoys writing songs that others will perform. Her musical collaborator and bed-mate Dave (Adam Levine) is about to stray.

Her best-friend pianist Steve (James Corden) persuades her to sing her latest composition at a bar gig where Dan (Mark Ruffalo) is drowning his sorrows. Dan, once a successful music entrepreneur who understands the industry’s cut-throat nature, sees Gretta’s talent. We’re aware since the film began of Dan’s personality issues, partly the result of the break up of his marriage with Miriam (Catherine Keenan). 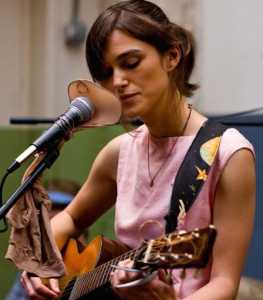 Gretta and Dan put together a band to record her compositions among the unpredictable wild sounds of New York’s streets. These are delightful moments from every aspect. The instrumentalists play, sing and act with joyous virtuosity. Miriam gets involved when her and Dan’s teenaged daughter Violet (Hailee Steinfeld) reveals musical aspirations. When Dave tries to make amends, Gretta gives him the flick with a no-nonsense song.

Without doubt the film belongs to Keira Knightley despite reservations about her singing, which I thought thin and reedy. But she’s not the star for her singing. She’s on screen more than any other cast member, dominating it with delicious bubbly smart qualities. The camera loves her, no matter from what angle or what lighting set-up. Since her debut aged four in 1993 she’s made 49 films and TV episodes. Versatility is her game and she plays it brilliantly.

CityNews - June 4, 2020
2
The ACT Greens is calling for deliberately false or misleading development applications (DAs) to be rejected immediately after developers continue to mislead the public about the developments going up in their neighbourhoods.