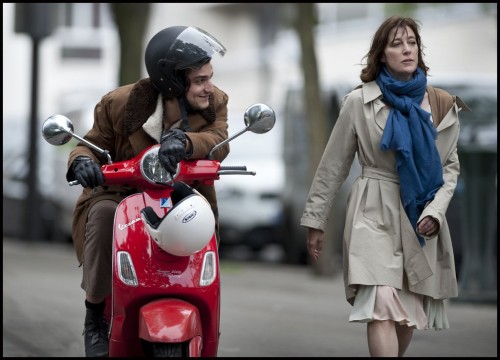 IMAGINE that, just for fun, a jigsaw factory compiles one comprising one or two pieces from a selection of its images. Together the pieces can be assembled into a complete plate but the fun comes when you try to make sense of what it’s saying.

Valeria Bruni Tedeschi’s film, full of allusions to events in her family and participations by family members, fits that model quite well. She wrote and directed the film and plays central character Louise, daughter of a Jewish family that converted to Christianity but doesn’t practise it seriously.

The family had wealth from a factory until daddy lost his grip. Now mother (played by Tedeschi’s real mother) and brother Ludovic (Filippo Timi) are being difficult about penury. The family’s main asset is a Breughel painting.

A decade earlier, Louise, now 43, unmarried, performed in a film. Now she is involved in a spiky relationship with actor Nathan (Louis Garrel) who has difficulty conforming with any life plot including the embarrassing task of providing the semen from which Louise wants an embryo transfer. In the background are his parents, the director of Louise’s film and a small cohort of minor characters who fit the jigsaw less awkwardly than you might imagine.

Following an erratic narrative path, the film takes a while to achieve perceptible dramatic impetus. A bit of a whacko bird, Louise never quite knows her heart’s desire but is prepared to explore options. Persevering with her slowly exposes plot rationality and delectable humour, delivered with earthy frankness. I’m glad I accepted its challenge to stay to the end.