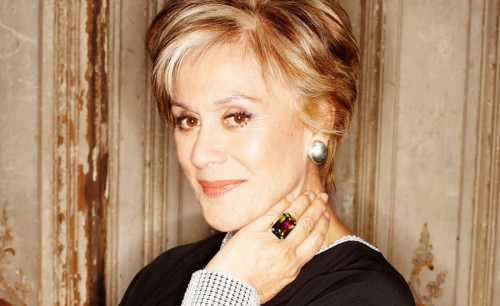 Joined by pianist Terence Dennis, Dame Kiri Te Kanawa celebrated her 70th birthday at Llewellyn Hall last night with performances of loved arias, folk tunes and broadway songs. It was remarkable to hear the quality of voice Te Kanawa still brings to the stage, most singers at 70 would not be performing. And even if her voice had failed her, which it didn’t, I suspect it wouldn’t have mattered terribly.

I suspect that the mostly septuagenarian audience embrace Te Kanawa for more than the beauty of her voice – she has become a kind of symbol for the raging of her generation against the dying of the light. At interval I overheard an elegant older woman comment that if Dame Kiri was still a diva at 70, then she could be too.

I admit to wondering, earlier in the day, whether reviewing Dame Kiri at 70 would be an exercise in diplomacy and creative writing – but I was pleasantly surprised.

Her first note of the concert, the opening of Scarlatti’s “Caldo sangue”, was a reminder of why Te Kanawa had risen to fame in the opera world. Elegant in pink taffeta against an urn of white flowers, Te Kanawa produced a weightless pianissimo, more inhaled than exhaled. The Vivaldi that followed, “Io son quel gelsomino”, revealed an agile coloratura supported by Dennis’s artistic and gentle accompaniment. To arias by Handel, Puccini and Mozart, Te Kanawa brought delightful mellisma and portamento, her top notes consistently perfect. Pianist Terence Dennis was also noteworthy in these arias. An accompanist has to be a whole orchestra, and Dennis was certainly that – from rippling humour to gravis, Dennis was always responsive, never overbearing.

The second half of the concert moved from the arias of Debussy, Obradors, Hahns and Poulenc, to folk music and broadway. A highlight for me was Te Kanawa’s stunning performance of Poulenc’s “Hotel”. Soaring above the harp-like piano part, Te Kanawa produced the most varied and secure tonal range of the concert. Demonstrating a true artistic affinity with Poulenc, her performance came to life – drawing giggles from the audience as she slumped over the piano’s back like a Berlin cabaret singer. Like a proper opera diva, Te Kanawa finished the night with three encores including Puccini’s “O mio babbino caro” from “Gianni Schicchi”.

Nobody could claim that Te Kanawa was as astonishing at 70 as she had been 20 years earlier – her tone consistently suffered from reduced lung capacity and there was the odd intonation problem – but what she may have lost in the instrument she has gained in sheer musicality. And fundamentally I agreed with the audience sentiment – the sound is no longer the issue. It is what Dame Kiri represents to all of us – a lifelong commitment to music and a warrior’s refusal to submit to aging. 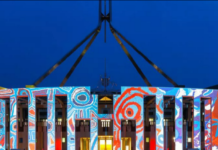 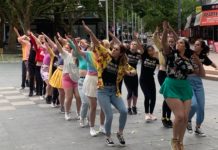