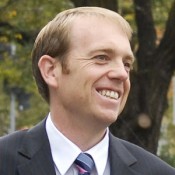 SIMON Corbell says a two-year trial of motorcycling lane filtering will commence in the ACT from 1 February 2015.

“Motorcycle lane filtering is when a motorcyclist moves between stationary or slow moving vehicles in the same lane. It is not the same as lane splitting which is done at higher speeds and increases the unpredictability of motorcyclist movements for other road users,” Simon said.

“One of the benefits of lane filtering is it allows motorcyclists to move quickly and safely away from congested areas of traffic. This provides motorcyclists with an opportunity to have the front position in a lane – away from other traffic.

“Lane filtering became legal in New South Wales from 1 July 2014 after a recent trial in Sydney which found that lane filtering is a relatively low risk riding activity for motorcyclists when done in low speed traffic situations.”

The report by the Standing Committee on Planning, Environment and Territory and Municipal Services on the Assembly inquiry into vulnerable road users includes a recommendation that the government conduct a trial of motorcycle lane filtering by March 2015.

“This trial will cover the whole of the ACT and will include a number of conditions aimed at making the practice safe for motorcyclists and all other road users, including a requirement that motorcyclists not filter at a speed greater than 30km/h or on the kerbside next to a footpath, or in a bicycle lane or breakdown lanes.

“To ensure safety is not compromised for younger pedestrians, motorcyclists will also not be allowed to filter in school zones.

“I am aware that some motorists feel annoyed when they see motorcyclists filtering through traffic, however, given the low risk nature of this trial, there is a need for all road users to demonstrate understanding and compromise in order to achieve the desired “share the road” culture.”

Further information on the ACT motorcycle lane filtering trial can be found at www.justice.act.gov.au.