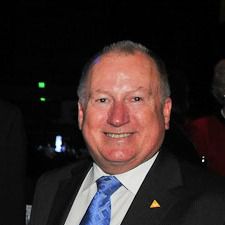 MICK Gentleman has released a suite of planning changes designed to redevelop a number of sites across Canberra.

The changes are proposed to sites in Charnwood, Greenway, Kaleen, Lyons, Mitchell, Symonston and Downer.

The sites have been part of community consultations held by the Community Services Directorate and the Chief Minister, Treasury and Economic Development Directorate.

Over 700 people have participated in the consultations which commenced earlier this year.

Some of the other sites that were included in earlier consultation processes require more complex changes. These include the public housing sites at Gowrie Court in Narrabundah, the Red Hill housing precinct and Stuart Flats in Griffith as well as Section 72 in Dickson.

“Design workshops are currently being held for the secondary sites with further work to be undertaken,” Mick said.

“Draft Territory Plan variations for these sites are planned for release in early 2015.”

The full variation including how to comment is available at www.actpla.act.gov.au/draftvariations

Background information about the sites and the pre-Territory Plan consultation is available at www.timetotalk.act.gov.au.

Andrew Mathieson - February 24, 2021
0
A dawdling Corey Horsburgh was stopped in his tracks like most rival defenders have struggled to do to the bullocking prop.

Antique vehicles roll into Queanbeyan for a good cause