IT’S Refugee Week 2014 and the United Nations High Commissioner for Refugees is determined that we should sit up and take notice. 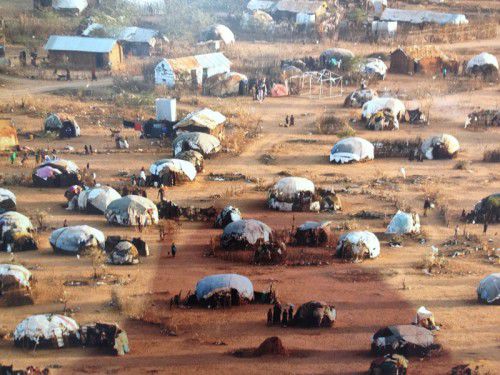 To this end, UNHCR is staging a unique exhibition in the Nishi Gallery opposite Palace Electric Cinemas that should jolt us into an understanding of what makes people flee their homes and  countries in a worldwide phenomenon that seems to have hardened the hearts of so many, even here in Australia.

Central to the display, aimed at giving a human face to the refugee question, is a standardised UNHCR tent of the kind designed to house a family of five. The  tent if there for visitors to walk into and imagine what it might be like to rebuild your life within.   There is also is information that tells us, for instance, that a refugee family may receive basic necessities like 250 g of bathing soap per month, and two 10-20 litre water containers.

To middle-class Australians it sounds pretty grim, but Thomas Albrecht, UNHCR regional representative, is not all gloom, telling “CityNews”, “I am certainly an optimist.”

When I spoke to Albrecht in the midst of the exhibition, he had just come from the Theo Notaras Multicultural Centre in Civic where he’d been buoyed by a meeting with local volunteers who raised funds for  35 scholarships to support  refugee children in Canberra. “This just shows that they are good neighbours,” he said. 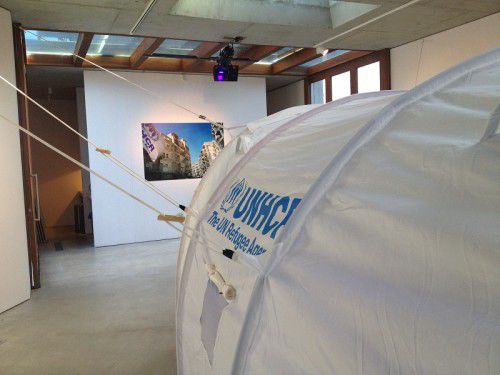 To my suggestion that a large proportion of Australians had hardened their hearts against refugees Albrecht countered, “there are many extremely well-intentioned Australians who try to make people understand the plight of refugees”. In other words, from little things big things grow.

UNHCR’s objectives, he explained, are three pronged – to gain financial support, to win political sympathies and to reach into the hearts of those more fortunate than refugees.

As I toured the exhibition of stunning photographs dominated by huge picture of  bombed Aleppo, UNHCR spokeswoman Lynne Minion said the idea was to give people a different view of the global crisis. While World Refugee Day, June 20, is focused on broader issues. “In perspective” shows is what it’s like for people who have fled persecution or human rights abuses only to live, perhaps for the rest of their lives, in refugee camps.

And it isn’t as if this is going to stop any time soon, she said. Right now UNHCR protection teams are on the ground assisting people fleeing violence in in northern and western Iraq. Compounding the problem is that many of those now fleeing, had already fled across the border to escape persecution in Syria.

The cycle goes on, but as this dramatic exhibition shows, in small ways we can at least say something.