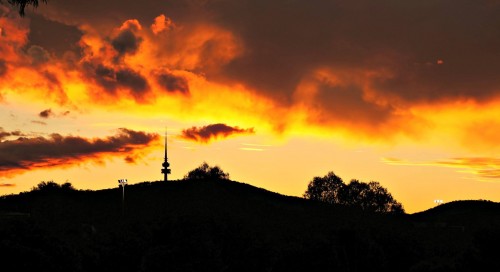 THE Department of Communications are warning they will need to re-allocate the tv channels.

In Canberra that means on 27 November this year you may need to re-tune your TV, associated set top boxes, or digital tuners.

“As the final step in Australia’s successful move to digital-only TV, some TV channels will be changing frequencies. This is part of a national programme known as the retune that moves free-to-air television channels to new frequencies to free up space for new services such as mobile broadband,” a departmental spokesperson said.

The Digital Ready website currently has the Canberra transmission tower scheduled for a 27 November retune, however that would appear to at best be a provisional date.

We’ll keep you up to date.

UPDATE: This missive in from the Department:

As part of the switchover to digital television, television signals were simulcast in both analogue and digital. With the successful switchover to digital only television, completed at the end of 2013, a significant amount of broadcasting spectrum was freed up as analogue television services were turned off. This spectrum has been termed the ‘digital dividend’. Considerable and careful planning and consultation with stakeholders over a number of years has occurred to plan for a reorganisation of digital television services, which is now underway. This reorganisation of channels will make more effective use of scare spectrum and maximise future uses of the digital dividend spectrum. Additional background is available at www.communications.gov.au/restack

It is important to note that it was not possible to commence making channel changes in most areas until after digital switchover was completed. Therefore, as the final step in Australia’s successful move to digital only TV, the retune simply moves free-to-air TV channels to a different location on the spectrum, making room for new services such as the latest generation of mobile broadband. Just like the switch to digital-only TV, the retune has been carefully planned to make sure the change is as easy as possible for viewers.

By the end of 2014, over 400 TV towers across Australia will have had equipment retuned, modified or replaced to enable channel changes to occur.

Your article also states that ‘The Digital Ready website currently has the Canberra transmission tower scheduled for a 27 November retune, however that would appear to at best be a provisional date.’

It is important to note that the retune is carefully sequenced according to a detailed national timetable, and involves complex engineering works to occur on a tower by tower basis. As such, retune dates are indicative, but are confirmed in the weeks leading up to each retune.

Canberra viewers will not need to retune until later in the year. There are three towers covering the ACT—the main Canberra site on Black Mountain, Tuggeranong, on Tuggeranong Hill, and Weston Creek/Woden, on Mount Taylor.

Around six weeks out from the retune date, there will be public information about what to do and the resources that are available for viewers. The Department will also be in contact with media and community groups with detailed information about the retune.

For more information about the retune, or to sign up for an SMS or email reminder, viewers can visit the retune website, www.digitalready.gov.au/retune or call the Digital Ready Information Line on 1800 20 10 13, 8am to 10pm (AEST) 7 days.

There is media material, including images, audio grabs and video content at www.media.retune.digitalready.gov.au

Please find attached a backgrounder with additional information about the retune.

Helen Musa - May 18, 2021
0
The inaugural Headland Writers Festival is done and dusted, but as the organisers bask in the sunshine of congratulations, plans are afoot to continue the festival on a long-term basis.