THE National Film and Sound Archive of Australia is celebrating the 20th anniversary of ‘Muriel’s Wedding’ with an online exhibition called “Muriel’s wedding: Renewing Our Vows.” 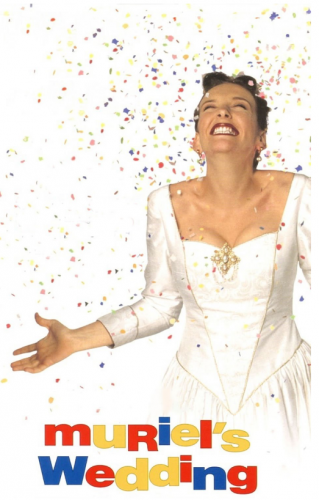 YOU can see the costumes, hear the music and watch the film as the NFSA marks 20 years of “Muriel’s Wedding” tomorrow Friday 5 December from 5pm. There’ll be prizes for the best costumes and ABBA hits before a 35mm screening of the film starring Toni Collette, Rachel Griffiths, Bill Hunter, Matt Day and Sophie Lee. Ticket price of $20 applies to film screening and Q&A. Phone 6248 2000 to book. Mini-exhibition and the Vinyl Lounge are free events, no booking required. Courtyard bar open from 5:00 pm. 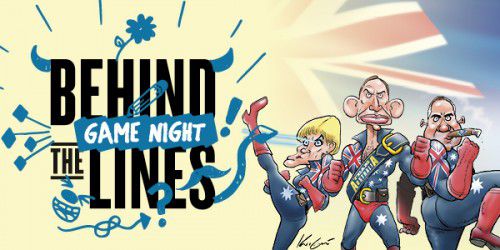 SUPPORTING the annual “Behind the Lines” exhibition opening on Friday is the “Behind the Lines” 2014 Game Night this Friday 5 December. Chris Endrey and Meg O’Connell of ‘In Canberra Tonight’ fame will host an evening of stand-up comedy and live caricature in front of a studio audience in the iconic House of Representatives Chamber. Cartoonists Mark Knight, First Dog on the Moon, Cathy Wilcox, Jon Kudelka, Fiona Katauskas, and David Pope will compete. Drinks and caricatures from 7pm in King’s Hall. Show starts at 8pm, Friday 5 December in the House of Representatives Chamber. 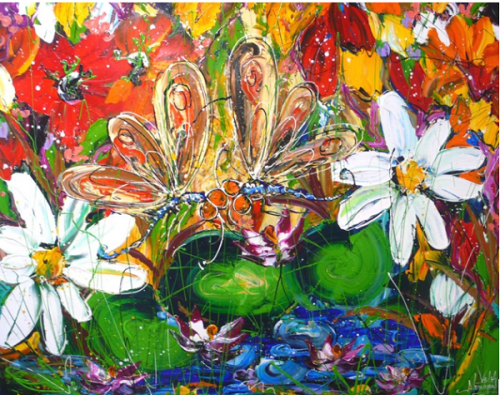 AARWUN Gallery in Federation Square has works by Brittany, Velia and Anita Newman on show until Dec 31, opening this Friday 5 December from 5.30-8.00 pm, all welcome. Well known for her expressive strokes, impasto palette and use of colour, artist Velia Newman is joined by her 12 year old daughter Brittany and mother Anita for this unusual show.

JAN Brown, now in her nineties, is bet-known as a sculptor in bronze and ciment-fondu whose figures of Magpies, are much-loved. Her 2009 Icarus is in the centre of Civic and her kangaroos at Commonwealth Parks have been touched by generations. Since the late 1940s she has also been making Christmas cards each year. Now at Electric Shadows Bookshop, Shop 2, 40 Mort Street the exhibition on the Electric Wall is a selection of Jan Brown’s Christmas cards from the 1950s until recent years.

“IMAGES” is a piano recital by Margaret Legge-Wilkinson to be held at James O Fairfax Theatre, National Gallery of Australia this Sunday, 7 December at 3pm. Bookings to online.nga.gov.au/eventbookings or 6240 6701 (Mon-Fri).

PAYAL Sehgal is showing some recent work at POD Gallery in Lonsdale St, Braddon this weekend (Fri 5th from 12-8pm, Sat 6th from 10-4pm, Sun 7th from 10-4pm. She started creating these works when I had a residency at projectspace Gorman House in August this year. The 3D forms are made out of vintage sheets of Australian Women’s Weekly and Woman magazines from 1945-57 and she has also used the Chronicle, La Fiamma, Greek and Punjabi newspapers from 2014. 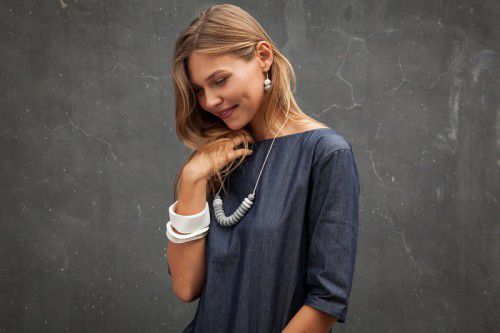 WILDLIFE and Botanical Artists are holding a Xmas party and mini-market to celebrate a very successful year of art, science and conservation activities, 6-8pm, today Thursday 4 December at M16 Artspace in Blaxland Cr Griffith. It’s a chance opportunity to network and to buy unique Xmas cards or gifts for family and friends. Lucky door prizes have been   donated by The Walk-In Aviary.

THE Oriana Chorale (directed by Peter Young), Rebecca Collins (soprano), Christina Wilson (mezzo-soprano) and   Jeremy Tatchell (baritone) will perform “The Rising of the Sun: Music from Handel’s Messiah and other Joyous Christmas Choral music” this Friday 5 December at 7pm in Wesley Uniting Church in Forrest. Bookings to trybooking.com/GKDA or at the door.

GALLERY@BCS is presenting “Creature Media”, an exhibition showcasing the artistic talents of the MY ART-OPEN ART artists group in celebration of International Day for Persons with a Disability. The artists have been creating monsters, mythical creatures and bizarre imaginings. The exhibition will also have a group installation and large painted banners. Until December 12 at Belconnen Community Centre, Swanson Crt Belconnen, Mon-Fri 9am-4:30pm.

LOCAL band Castlecomer are performing at Transit Bar in Canberra at 8pm today Thursday, December 4. A band of brothers and cousins who have been honing their craft over the last two years and song-writing, they’ll perform work form their EP “Miss December”. http://transitbar.com.au/entertainment/

CANBERRA Playback Theatre Company is back for a final public performance in 2014 of “And I Was Never the Same Again,” taking us on a journey from significant milestones to the smallest moment in our lives that changed everything. QL2 Theatre, Gorman House, Saturday 6 December 7:30 pm, Ainslie Ave Braddon. Tickets at the door (cash only).

ARRYN Snowball  graduated with first Class Honours from the Queensland College of Art in 2002. In 2008 he spent a year in residence at the Tokyo National School of Art and Music and in 2011 he was awarded a Doctorate of Visual Arts at Queensland College of Art, Griffith University. Now he divides his time between Australia and Berlin. The artist is interested in states of transition, the effects of phenomena, light, and atmosphere. His “Spinning in the pull of absent things” is   at the Nancy Sever Gallery, 4/6 Kennedy Street, Kingston until 21 December, 11am-6pm Wednesday to Sunday. For further information please contact Nancy Sever on 0416 249 102. Opening on Friday 5 December at 6:00pm

THE Craft ACT Shop invites everyone to join them for the Lonsdale Street Traders Christmas shopping night this Friday 5 December, from 6- 8pm. Designcraft- the Craft ACT Shop at 27 Lonsdale Street Braddon will be full of and high quality products of craft and design by some of the best local and interstate artists. Opens this Friday December 5 until December 20, Thursday, Friday, and Saturday – 10am-4pm.

THE Gallery of Australian Design and the Faculty of Arts and Design, University of Canberra present “AVID”, an exhibition featuring the work of Australia’s future Industrial Designers which coincides with an important milestone for the Industrial Design course of the University of Canberra, which started 40 years ago, in 1974. On Saturday 6 December from 2.30pm to 4pm visitors are invited to meet and listen to the some of the design students as they talk about their inspiration, discuss their designs and why they chose to study industrial design. The exhibition runs to 29 January, Monday to Saturday 10am to 4pm at 47 Jardine Street, Kingston. The GAD will be closed from Sunday 21 December, reopening Monday 5 January.

THE Australian War Memorial will be launching the Australia/NZ Print Portfolio project at Megalo Print Studio and Gallery today, Thursday 4 December. This is a major First World War project between Australia and New Zealand and features works by five Australian and five New Zealand artists who will respond creatively to the history of the First World War and the enduring legacy of remembrance. At Megalo Print Studio and Gallery, 21 Wentworth Avenue, Kingston.

THE Colombian Embassy currently has ‘Macondo’ at Tuggeranong Arts Centre until 6 December, an exhibition celebrating the life and works of writer, journalist and Nobel Prize winner Gabriel Garcia Marquez. Macondo is the name of the legendary town featured in “One Hundred Years of Solitude”. The exhibition includes photos of Marques, handicrafts and jewellery from KOGUIS (a Melbourne company specialising in traditional Colombian jewellery), and handicrafts from the Caribbean region of Colombia as well as photos of Cuba taken by Peter Van Sommers.