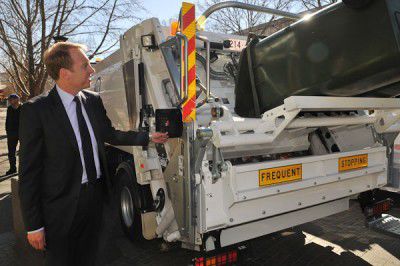 TERRITORY and Municipal Services are warning about temporary arrangements to reduce the flow of waste to the Mugga Lane Resource Management Centre while the construction of new landfill cells is being completed at the site.

“This will take place from Monday 13 October 2014. Construction has been brought forward on the new landfill cells at Mugga Lane, at no additional cost to the Territory, so that the first cell can open in January, rather than May as previously planned.

“Once completed, the two new cells are expected to provide 30 months of extra landfill. They are part of the planned Mugga Lane stage five extension which will cater for the ACT’s waste needs until at least 2035.

“Waste to be redirected from Mugga Lane will comprise of kerbside waste, waste from selected contractors and all landfill waste from the Mitchell Resource Management Centre.

“There will be no changes for residents in terms of how their household waste is collected or how they use Mugga Lane or Mitchell transfer station.

“To offset any safety issues created by increased truck activity in the area, West Belconnen regional drop off centre will close during the week. A traffic management plan will be put in place along Parkwood Road to cater for the extra truck movements each weekday. As a courtesy, letters will be sent to residents living along Southern Cross Drive to inform them of increased traffic, largely between 11 am and 1 pm and 3 pm to 5 pm on weekdays.

“The interim arrangements will not have any impact on the disposal of asbestos, including from Mr Fluffy homes, as West Belconnen landfill has sufficient capacity.”

Mr Perram said work has been taking place since 2011 to extend the operational life of the current Mugga Lane landfill site, with two extensions involving in-fill between existing cells as well as increased compaction rates so that more waste could be buried in less space.

“TAMS is undertaking an investigation to better understand why the current landfill has reached capacity earlier than expected and to determine the additional costs to the Territory for using Belconnen landfill.

The investigation will identify any improvements that could be made to landfill capacity calculations, landfill monitoring and landfill use. This will help avoid any similar issues in the future.

“The Government remains committed to the implementation of the ACT Waste Management Strategy which provides a long-term vision for reducing waste and recovering resources to achieve a sustainable, carbon-neutral Canberra.”

CityNews - November 23, 2020
0
Damaging winds and large hailstones are likely to hit the territory this afternoon (November 23) as part of severe thunderstorm predicted by the Bureau of Meteorology.

Six characters in search of Christmas