TWO women were arrested last night following an altercation at a Weston service station last week when one person was spat on and racially abused. 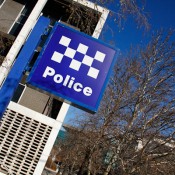 As this was a fire/explosive risk, a member of the staff asked the woman smoking to extinguish her cigarette or move away from the area.

Both women are alleged to have then began racially vilifying the two service station staff. One of the victims was spat on and punched during the incident.

Andrew Mathieson - February 23, 2021
0
Conservative lobbyists have attacked a training program conducted this week for the Governor-General's office that has been described as a "privilege walk".