THE Australia War Memorial has just received a massive arts donation larger than almost any other in the last decade. 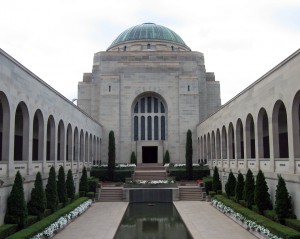 The 400 items from the estate of the late artist William Edwin Pidgeon, better known as ‘WEP’, have been donated to the Memorial under the Cultural Gifts program.

Trained at the J.S. Watkins School and East Sydney Tech, he began his professional career as a cadet artist on the Evening News. He won two first prizes and one highly commended in the “Australia at War” exhibition, 1944-45.

Later in his career his many illustrations, executed with what Memorial staff call a “wry sense of humour” and published in “Women’s Weekly”, made him a household name in Australia among female readers.

Pidgeon’s works, many of which are already held by the AWM, bring to life the lives and personalities of Australian troops and their experiences in Darwin from 1943 to  1944, New Guinea (in early 1944) and Borneo and Morotai in 1945.

The donation represents the single largest collection of works by WEP in a public collection and consists of illustrated letters, paintings, sketches, drawings, photographs and ephemeral material related to his time as a war correspondent.

Helen Musa - June 25, 2021
0
Remember Anne Brontë, the youngest of the Brontë sisters and author of the proto-feminist novel, “The Tenant of Wildfell Hall”? Well, maybe not…