PIANO students from the studios of Elena Nikulina and Natalia Tkachenko will perform tomorrow as part of the Wesley Music’s Lunchtime concert series. 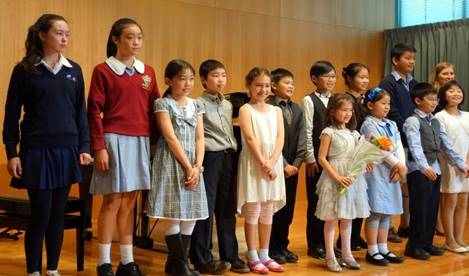 The young pianists will present a wide range of music, including variations on a theme from Mozart’s “Magic Flute” and works by Diabelli, Mendelssohn, Tchaikovsky, Grieg, Poulenc and Chopin.

Nikulina graduated in 1999 from the Donetsk State Conservatoire, Ukraine. She won the Donetsk State Conservatoire Best Accompanist prize and was selected to represent the Ukraine as a member of the piano ensemble at the Pavia Music Competition in Italy. She prepares students for Ukrainian and Australian Music Examination Board examinations up to LMusA.

Tkachenko graduated with honours from the Moscow State Institute of Music. Performances include the piano part in the Samuel Beckett play “Waiting for Godot” at a South Korean theatre festival and works by Rimsky-Korsakov, Tchaikovsky and Verdi with the Youth Opera Theater in Moscow, France and Germany. Since arriving in Canberra in 2003, she has performed as an accompanist, and her outstanding work as a piano teacher was recognised when AMEB NSW placed her within the top five teachers for 2013 in the category Private Teacher Pianoforte – Preliminary to Sixth Grade.

CityNews - February 22, 2021
0
A woman returning to Canberra on a government-facilitated flight has received a "weak positive" result for COVID-19 yesterday (February 21).