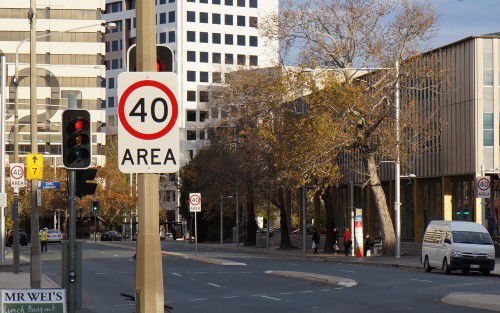 “Kingston, Manuka, Weston, Curtin, Kambah, Calwell, Charnwood, Kaleen and Wanniassa will be the first of the 18 precincts to receive the new limit, with work to start this week. The new speed limits will be in place by April.

“Roads ACT began consultation with the community on the proposed precinct boundaries in November 2014. The community was invited to submit feedback through an online feedback form made available through the Time to Talk and TAMS websites as well as by writing to Roads ACT.

“Six months after the new limits are in place an evaluation involving feedback from the community as well as traffic surveys will be undertaken to determine their effectiveness in improving road safety.

“Traffic data, such the concentration of pedestrian activities, was used to determine the proposed boundaries for each precinct. The 18 precincts identified are each busy shopping centres so it is important we work to make sure they are as safe as possible, particularly for vulnerable road users such as pedestrians and cyclists. Implementing safer speed limits is a proven road safety measure, as identified in the National Road Safety Strategy and the ACT Road Safety Strategy and Action Plan,” Minister Gentleman concluded.

Sponsored Content - April 14, 2021
0
This week, “CityNews” speaks to experts who are leading the way to a more sustainable future.