Local actor Joseph McGrail-Bateup will play mine host, Dirty Dick himself, leading a team of wenches and lads through what the company demurely calls “interactive entertainment”.

He’s been with Dirty Dick’s for 26 of the 45 years and has always enjoyed combining more serious musical theatre exploits in shows such as “War of the Worlds” and “Jesus Christ Superstar” with some fun on the side.

McGrail-Bateup will be joined by another local regular, Jeremy Brown and by a newcomer in the person of Canberra trumpeter/actor Zach Raffan as the Jovial Jester. And, yes, he will have trumpeting moments, though for the greater part Raffan will lay down the brass and pick up a guitar.

Dirty Dick’s first started in Perth during 1970, but has been touring since 1985, presenting its rollicking shows in more than 1500 clubs, hotels, function venues, resorts, restaurants and community centres to an estimated five million people.

For the sixth year running, Dirty Dick’s has been in the winner’s circle for the Best Entertainment Award of the Restaurant and Catering Association of NSW and it’s the only theatre restaurant ever to win the Gold Plate Award for food excellence. Indeed, the delights of its beef, pudding and custard have long helped the jokes go down.

This year as always, the “wondrous wenches, lively lads and merry minstrels” will settle the audience into the spirit of the evening, after which we are solemnly assured there will be “a host of historical stage characters”.

It never does to take any of this too seriously. The newest show, “A Rollicking Night in the Royal Court” sees the heir-apparent Prince Percy, the Merry Minstrel, Master Dirty Dick and the Head Wench, Fanny Farquhar perform songs, comedy and jokes of a vaguely medieval kind while we sing and clap-along.

Given the propensity of Dirty Dick and his team for double entendre, it’s not surprising that they’re billing it as “A Game of Thrones with a Twist”. 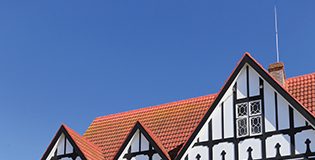