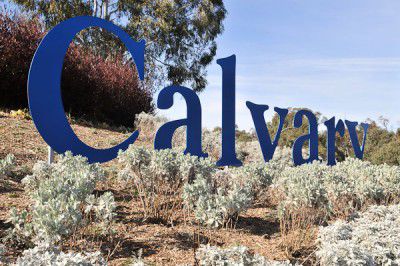 The investigation commenced following a complaint first publicised on the consumer affairs television series ‘The Checkout’ on May 7.

Information received by the ACCC indicated that in some circumstances patients at Calvary hospitals could end up paying more for hospital services when they were discharged earlier than estimated.

Calvary’s disclosure form failed to specify that, in some circumstances, patients could incur additional costs if their hospital stay was shorter than anticipated. This can occur if the patient’s health insurer pays rebates on a per day basis, but the service provided by the hospital is charged at a fixed cost. In such circumstances an early discharge may mean a lower insurance rebate and higher out-of-pocket costs. Unless properly informed, patients could face “bill shock” in these circumstances.

While Calvary’s disclosure form stated that the quote provided was an estimate only and that in some circumstances the amount would vary, the ACCC considered it was reasonable for consumers to expect they would only be required to pay more if additional services were required and not when they were released early from care.

The ACCC has asked Calvary to provide greater disclosure to consumers that an early discharge may increase the amount payable in some circumstances. Calvary, which has fully cooperated with the ACCC’s investigation, has agreed to do so.

“Consumer issues in the health and medical sector are a current ACCC enforcement and compliance priority. In particular, the ACCC is interested in improving transparency between health providers and consumers which will lead to better informed consumer choices,” ACCC Chairman Rod Sims said.

“This is one of those scenarios where the intersection of hospital billing practices and health insurance policies can lead to an unexpected result for the consumer that should be addressed or at least fully disclosed. The ACCC is concerned about the non-disclosure of pricing information and will continue to monitor and investigate these issues, and take appropriate enforcement action when warranted.”

The ACCC raised concerns of opaque pricing in the health insurance industry in October this year.  The Private health insurance report 2013-14 raised concerns that consumers may encounter significant difficulties in determining the cost of a procedure and how the relationship between their insurer and the relevant practitioner or hospital will affect this cost. It is in the interests of both consumers and industry to be as clear and transparent as possible, so that consumers who are purchasing insurance can make the best decisions about their level of coverage.

The ACCC has recently taken action against a number of businesses with respect to misleading representations regarding the treatment of patients and conduct associated with health insurance, and has a number of continuing investigations.

Other hospitals and health service providers are urged to review their own disclosure practices to ensure they are in line with their Australian Consumer Law obligations and provide the information necessary to fully inform consumers.