IT WAS back to the Golden Years of cinema this morning at the National Film and Sound Archive as ACT Chief Minister and Minister for Tourism and Events, Andrew Barr, switched on a large neon film festival sign created this year to mark the new direction of the rescued 2015 festival, coming up in November.

And by no coincidence, we discovered, and the Festival opening film would be “Neon”, by film-maker Lawrence Johnson and local production company, WildBear Entertainment.

“I want the community to again fall in love with this festival and feel that they truly own it,” said Andrew Pike, manager of the festival, director of Ronin Films and former manager of Electric Shadows Cinema said, explaining that he and his fellow-selectors, Oliver Krischner, Alice Taylor and Cris Kennedy, had ensured that the 2015 program of 30 films would not be ‘standard cinema fare’.

“These aren’t the sort of films you could wander into a normal Friday night session and see,” he said. And there was most definitely a new direction. Pike said that for the first time the selectors would be including a selection of Canberra films as a key component of the future direction of the festival. 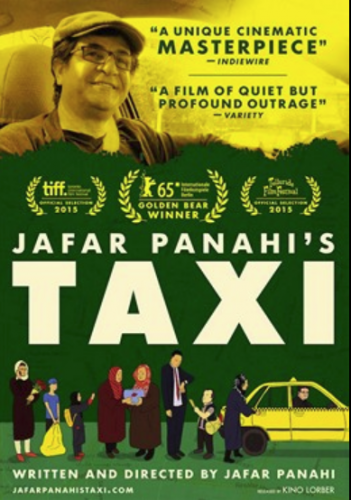 “We will be an internationally recognised platform for Canberra film-makers,” he predicted, adding, “The NFSA will be the home of the Canberra film community during the 10-day festival. A place to watch films, yes. But also the place to talk about the films, drink wine, meet film-makers and learn.”

National Film and Sound Archive director Michael Loebenstein, it was noted by those present, had helped the event onto its feet by making available the Arc cinema and the NFSA gallery space, which would be turned onto a beer hall style ‘hub’, to be operational throughout the festival.

As is usual in a film festival, there will be a range of special guests appearing during the 10-day festival, including David Stratton, with over 20 free talks and workshops.

In pulling the festival together after near-closure, Pike and his colleagues have worked together as a panel, selecting both award winning and provocative films from Indigenous Australia, the Pacific, South-East Asia and the Middle East.

“From the illegally produced “Tehran Taxi” which the film-maker smuggled out of the country and entered into film festivals at great personal risk, to the R-rated film, “The Tribe”, communicated entirely in sign language, every single film in the 2015 festival will astound,” Pike said.