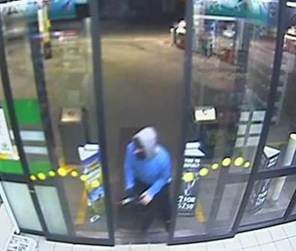 ACT Policing is seeking witnesses to an armed robbery which occurred in Calwell on Sunday night (February 15).

About 9pm a male entered the Woolworths Petrol service station at the Calwell Shopping Centre, where he threatened a console operator with a large knife before fleeing with a sum of cash.

Shortly before this, around 8.50pm, a man was seen acting suspiciously around the McDonalds and Woolworths Petrol station at the Lanyon Marketplace in Conder.

The man is described as Caucasian in appearance, aged in his 20s, with a skinny build. He was wearing a blue jumper with a grey hood, black tracksuit pants and carrying a black bumbag.

Police believe the man fled on foot to a waiting car, parked nearby in Roope Close, Calwell.

Police request anyone who may have seen this man or has any information that may assist the investigation to contact Crime Stoppers on 1800 333 000, or via www.act.crimestoppers.com.au. Information can be provided anonymously.

CityNews - June 4, 2020
0
At the time of the burnout, police report two people were in the rear tray, one of which was in a wheelchair.