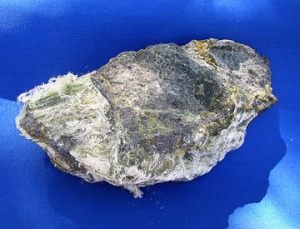 MICK Gentleman has introduced a bill to strengthen regulations around the removal of asbestos to increase safety for the community and industry.

The legislative changes come after changes late last year that moved asbestos licensing provisions to the Work Health and Safety Regulation 2011, falling in line with a number of other jurisdictions.

“These changes close a loop-hole in the system, where-by removal of walls, ceilings and the like which contain asbestos were not covered under relevant builder licensing laws,” Mick said.

“The proposed changes will require structural building work to be done, or supervised by, a licensed builder even if the work involves handling asbestos or disturbing friable asbestos.

“Builders will now ensure that building work which involves asbestos complies with building and construction laws. How the asbestos is handled will still be regulated under work health and safety laws.

“Under the proposed changes a licensed asbestos removalist may also need to be supervised by a licensed builder to do asbestos work that involves building work in relation to structural or other critical building elements.

Debate on this bill will be due later in the year.