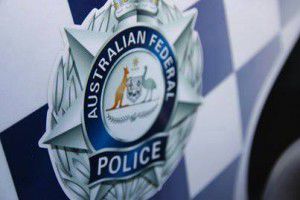 ACT Policing is seeking witnesses to any suspicious behaviour seen around a construction site in Chisholm after a recent overnight burglary.

Located on the corner of Mead Street and Benham Street, Chisholm, the site was burgled between the hours of 5:30pm Thursday (9 April) and 6:30am Friday (10 April).

Entry to the secured site office (located next to the Chisholm Vikings Club) was forced and police suspect the offender/s may have gained access by climbing over a wall attached to the site office building.

Police also suspect a vehicle was used in the theft as 37 items were stolen. The tools stolen from the site have a value over $26,000.

ACT Policing reminds members of the community that it is an offence to knowingly receive stolen property. If you are approached by someone selling suspected stolen goods, contact police.

Police are urging anyone who may have witnessed the burglary, saw any suspicious behaviour around the construction site or have any information that could assist police, to contact Crime Stoppers on 1800 333 000, or via https://act.crimestoppers.com.au. Information can be provided anonymously.
We remind people they should not report crime information via our Facebook and Twitter pages.

Danielle Nohra - April 13, 2021
0
Belconnen Bowling Club will be able to open its kitchen for the first time in more than three years after being allocated ACT government funding today (April 13).