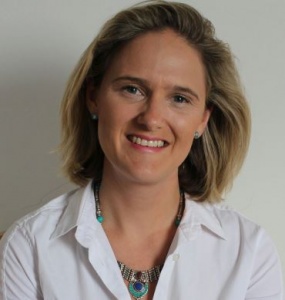 THE ACT Greens have announced their candidates for the 2016 Federal Election.

Economist and former United Nations Humanitarian Adviser Christina Hobbs has been chosen as the ACT Greens’ Senate candidate; Medical Association for Prevention of War Vice President Dr Sue Wareham (OAM) is the party’s the Senate support candidate and local parent and active community member Patricia Cahill will be the Greens’ candidate for Canberra.

“Canberrans have a real choice at this election. They can choose a Liberal Senator who has threatened to move even further to the right than the rest of his party by tearing down our racial discrimination laws, or Greens candidate Christina Hobbs who is committed to standing up for our diverse community, genuine action on global warming and economic policies that support the whole community,” Richard said.

“Having grown up in Canberra, it’s clear to me that our city is one of the most progressive in Australia. I’m excited and humbled to have been chosen as the Federal Senate candidate for the party that best represents the values of progressive mainstream Australians,” said Senate candidate Christina Hobbs.

“There are many Canberrans who don’t feel represented by our ACT Senators. Senator Zed Seselja is on the extreme right of his own conservative party. He failed to stand up for the people of Canberra when his old boss Tony Abbott gutted our public service, and he’s made it clear that he’s determined to keep pushing his own ultra-conservative agenda.

“Canberrans want to see meaningful action on global warming. They know that it is a sign of strength, not weakness, to welcome people who come to Australia when they are fleeing war or persecution. And, many Canberrans want the government to get on with the job of legislating to end marriage discrimination under our laws.

“We have seen successive federal governments take an axe to Canberra’s public service jobs that our local economy, and the country, rely on. As we face an urgent need to reform our economy and transition towards a clean energy future, there has never been a more important time to stand up for a strong and independent public service.

“As an economist and a former adviser for the United Nations, I’ve spent much of my life working for fair, economic reform. The Greens are the only party that have the political courage to address tax reform, housing affordability and decent aged care,” Ms Hobbs said.

Review - March 30, 2020
0
Now that art galleries are off-limits for “the duration”, I hope they will follow M16’s example and upload their offerings for house-bound art lovers, writes reviewer PHILLIP MACKENZIE.