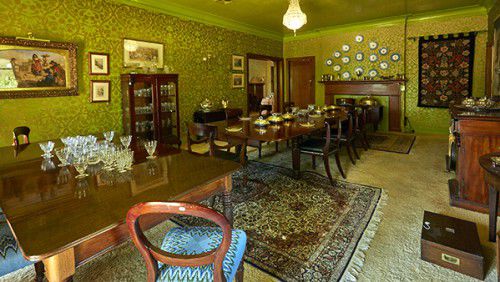 ON February 7th 2016 Leonard Joel will be presenting the home contents of one of Canberra’s most loved and celebrated pastoral properties “Huntly” in Stromlo.

“The auction viewing period will commence on the 4th of February and will include a celebration of the 60th anniversary of John Gale OBE moving to Huntly,” a spokesperson for the auctioneer said.

“The property was previously owned by Milsons Land Holdings.

“John is widely known for his philanthropy and has enabled many charitable events to be held in the famed gardens.

“The gardens and all buildings on the property have been heritage listed by the ACT Heritage Council. Reflecting the charitable spirit of the property and John the four day auction period will feature many charitable events and we hope you are able to visit and join us in celebrating the joy that John has brought to the local community and beyond.

“The collection is a remarkable time capsule of an era of entertainment as an art form expressed with unique flare and whit. The offerings span the decades from traditional 18th century silver to contemporary garden sculpture. The homestead merges the glamour and vibrancy of the 1970’s with more traditional design culminating in an eclectic and glamorous feel without being pretentious. The collection has been amassed through John’s many travels both within Australia and to every continent. The worldly feel to the collection stirs curiosity in all who visit Huntly.

“One of the star lots of the auction is a good Steinway baby grand piano, c.1914 SN 166088, that stirred John’s love of music when gifted to him by his father when he was 13. John later became and remained a director of Opera Australia for several years. John grew up in Sydney but his love of rural life attracted him to run a family owned farm between Tamworth and Armadale in NSW. John’s uncles bought Huntly in 1956 and John moved there to manage the property for them before purchasing it outright in the 1970’s. John had fully expressed his love of gardening from the beginning and Huntly now enjoys a beautifully mature garden. Huntly will remain a working property into the foreseeable future.

“The property is embedded in rich local history and has withstood tragedy by surviving the 2003 bush fires which destroyed many buildings including the manager’s house and shearing shed. The rebuild of the gardens and destroyed buildings is a testament to John’s determination, stamina and love for Huntly.”