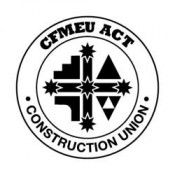 THE CFMEU has called for an end to the politicization of the Australian Federal Police following a victory for the union in the ACT Supreme Court today.

Justice Richard Refshauge has ruled that the AFP breached legal requirements during the AFP’s raid on the ACT CFMEU office in August 2015, and ordered the AFP to pay the CFMEU’s legal costs.

ACT CFMEU Secretary Dean Hall hailed the decision as a win for workers, the union and civil liberties.

“We value the work done by the Australian Federal Police, but they have to act within the law. The officers attached to the Trade Union Royal Commission Taskforce have clearly broken the law,” Dean said.

“The CFMEU had complied with every request to produce documents for the Royal Commission and would continue to cooperate with the police.

“It is unfortunate that the police is being used in this way when there are serious problems in the community that they are required to deal with.”

In relation to the requirement of the AFP to pay legal costs to the union, Mr Hall said that money could have been better utilised on issues that have priority for the police such as domestic violence and drug abuse.

National CFMEU Construction Secretary Dave Noonan also welcomed the judgment, but expressed concern with the way the Federal Police was being used by the Federal Government.

“What we see in this case is a clear politicisation of the Australian Federal Police. That such substantial resources were devoted to this raid smacks of overkill for purely political purposes,” Dave said.

“I think the community should be concerned that the police are being tied up to further the anti-union agenda that is the legacy of Tony Abbott, when there are more pressing, serious crimes that need their attention.”

Pressure on when the population pie starts to shrink

Labor flags as wild cards make a run for the line