ACT Policing is seeking to identify a man who crashed a stolen car in Pialligo and fled the scene before police attended and located firearms in the car early this morning (Saturday 19 September).

About 3.20am, police received a report that a red Mazda sedan had left the road on Pialligo Avenue, near Brindabella Park, and crashed into bushes. A man got out of the car from the driver’s seat and fled the area on foot.

Police attended and identified that the car was a stolen vehicle, taken during the burglary of a Palmerston address yesterday (18 September).

Police searched the vehicle and located three firearms along with firearm parts. Police also located several small bags containing a substance suspected to be an illicit drug, a small axe, a chisel and a mobile phone. Police seized the items and the vehicle. 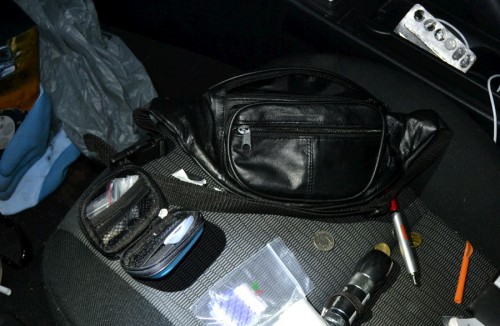 Police urge anyone who witnessed the collision in Pialligo or may have any information that could assist police to contact Crime Stoppers on 1800 333 000, or via act.crimestoppers.com.au. Provide reference number 5858262. Information can be provided anonymously. Police remind people they should not report crime information via Facebook and Twitter pages.