OSCAR Wilde’s famous fairy tale,” The Selfish Giant”, as illustrated by Canberra artist Paul Summerfield, will be launched as an edition hand bound artist book and 20 limited edition prints, with a pop-up exhibition at The Drill Hall Gallery, this Friday July 31 from 5-7pm. 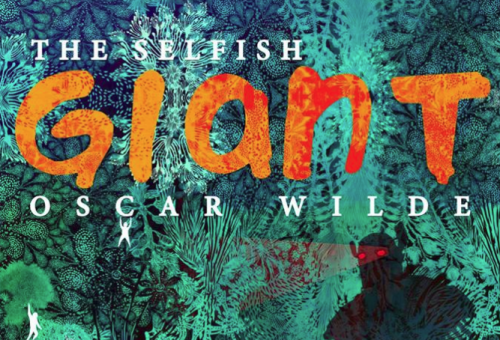 THE EVENT will feature special guests the duo Cracked Actor. An exhibition featuring 20 striking illustrations which will be on display until August 9. “I created a huge library of digitally illustrated plants which I have woven into the works and this gave me a lot of freedom when producing the final artwork,” says Summerfield, whose works have found a permanent home in the adolescent’s ward in the Canberra hospital, with two large murals commissioned in 2014

RADIO National’s Melanie Tait, who will lead a conversation with writer director Scott Rankin, actor Lex Marinos and musicians Mikelangelo and the Black Sea Gentlemen about the creation of BighART’s latest production, “Ghosts in the Scheme” coming soon to the Playhouse and inspired by the true history and people of the Cooma and Canberra region, particularly stories from early migrants. Australian Parliament House Theatre, level 1 This Sunday, August 2, 2-4pm. FREE EVENT. Bookings to canberraticketing.com.au or 62752700. 10% discount to patrons on any purchase from the Parliament Shop on the day.

A SOLO exhibition by Canberra-born and based artist Helani Laisk exploring aspects of the human body through drawing, sculpture and traditional craft-based practices is running at ANCA Gallery, 1 Rosevear Place Dickson ACT Gallery hours 12-5pm Wednesday to Sunday. “Kid” represents Laisk’s first body of work after a break in her artistic practice of several years. Laisk is interested in exploring aspects of the human body in her artwork, following basic trends and patterns, picking out fundamental elements in relation to the body. Trained in printmaking, her practice is diverse, using materials that have everyday domestic and social associations – such as crocheting wool, carpet, cement, bedding, and other everyday objects combined, reinvented, and pushed.

ALSO, ANCA Gallery is now calling out for proposals for the second half of its 2016 Program. The deadline for proposals is 20 August 2015. For more information please see the application form available at: anca.net.au

CANBERRA’S most energy efficient homes will open their doors to the public for the annual Australian Institute of Architects Solar House Day on Sunday August 2 and Sunday August 9, showcasing some of the Canberra’s best climate appropriate, energy efficient homes. Bus tours guided by the architects and members of the Institute’s Sustainability Committee, will visit 10 projects across Canberra. A free public lecture “Achieving a Solar House: Guiding Principles to Buy, Build and Alter” will be held at 5:30pm on Thursday July 30 at the Shine Dome. Bookings and further details at architecture.com.au

Classical Persian musicians Salar Ayoubi and Shahriar Etemadi Tajbakhsh are staging a benefit performance to help the family of a refugee with a terminal illness. At the Larry Sitsky Recital Room ANU School of Music, this Saturday August 1, 6:30 to 7:45pm Tickets $25 at the door. Extra donations also appreciated. Information at facebook.com/events/1445781219064128/

GALLERY@BCS presents “Mixed Earth Part 1,” a ceramic installation by Stephanie Hunt, until August 7 in Belconnen Community Centre, Swanson Court, 9am-4:30pm Monday-Friday. The exhibition is in two sections; the first is a mixed installation combining fired ceramic and unfired sealed clay that is displayed in the gallery, the second is a collection of ceramic artworks displayed outside the gallery in the showcase. The artist’s intention is to show both clay itself – and the idea of what it means to be a ceramic artist – to the viewer in an unusual way.

CELEBRATE the 150th anniversary of the birth of Irish poet William Butler Yeats. An afternoon of poetry and music hosted by Professor Ronan McDonald, director of the Global Irish Studies Centre UNSW and the Australian Ireland Fund Chair in Modern Irish Studies and the Friends of Ireland Sunday August 2 at 2 pm at the National Library Theatre. Bookings to 6262 1698 or nla.gov.au/bookings/friends

THE Canberra Blues Society is staging a day of blues music to mark the third International Blues Day at the Harmonie German Club in Narrabundah from 2pm to 11:30pm on August 1, with 11 acts featuring local and interstate artists headlined by the Darren Jack Band. The event will feature photographic and art exhibitions/sales, vinyl record and CD sale – and a hot rod display. Tickets at the door.

AUSTRALIAN Decorative & Fine Arts Society Molonglo Plains Steering Committee invites members and visitors to hear expert British lecturer Barry Venning take an unusual journey, “The sincerest form of flattery – great images & those who “borrowed them” this Thursday July 30 at 2 pm. Venning is an historian of British art extending from Medieval Architecture to contemporary British Art, an author of books on Constable and Turner and a script consultant and commentator for BBC TV. At the Comfort Inn Airport International, 57 Yass Road, Queanbeyan. Members and visitors welcome. Inquiries and visitor bookings contact Lucy Costas on 6299 1105 or lucyjvc@gmail.com

NANCY Sever Gallery at 4/6 Kennedy Street Kingston has a fabulous exhibition of paintings and drawings by Janet Dawson opening at 3pm this Saturday August 1 and running 11am to 5pm Wednesdays to Sundays until August 30. Dawson, who won the Archibald, Prize in 1973 with a portrait of her late husband, Michael Boddy, has long practised her art from Binalong where she began to focus on still lifes and “the minutiae of her bucolic surroundings.”

STUDENT-LED Dirrum Dirrum conference aims to create a climate of inspiration; foster a cycle of responsibility and leadership development and will host nearly a thousand delegates from July 31 – August 3. Dirrum Dirrum 2015 will feature 4 days of inspirational speakers in a TEDx-style, including high-profile Australian photojournalist Nigel Brennan, who endured 462 days of captivity in Somalia. Other speakers include Karen Middleton; Kerryn Higgs; Francis Owusu; Richard Stirzaker; Takao Sakae; HE Abel Guterres; Juliao dos Santos; Emma Pocock, and Emma Macdonald. Other events across the weekend will include music, student stories, art displays and a hundred young leaders from across Canberra taking part in a leadership workshop, empowering them to take inspiration into practice. Bookings to eventbrite.com.au

THE National Zoo & Aquarium is holding an art exhibition and sale in the Aquarium Gallery on August 1-2 from 9.30 am to 5 pm. Entry is free for Zoo visitors and all money raised will go to wildlife conservation projects. There’ll be a gala launch at 5.30pm on Friday, July 31, bookings essential to nazoo.bookingboss.com

HONEST Puck Theatre Presents “The Complete Works of William Shakespeare (Abridged)” by Adam Long, Daniel Singer and Jess Winfield. Directed by James Scott and performed by James Scott, Brendan Kelly and Ryan Pemberton, it plays until to Sunday August 22 at the CADA Theatre, 1/9 Lithgow St, and Fyshwick, bookings to honestpuck.com.au or 6253 1454 between 10am-4pm. 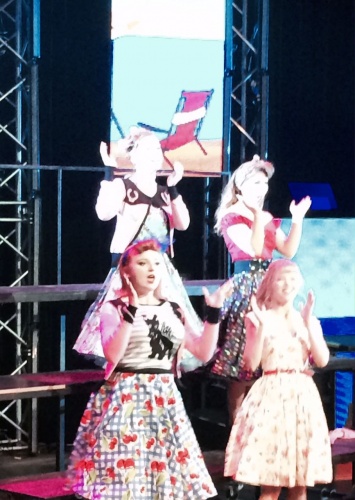 DIRECTOR Stephen Pike and choreographer Jordan Kelly have been putting the cast through their paces, for “Grease,” at The Q, Queanbeyan Performing Arts Centre, July 29 to August 15, bookings to theq.net.au or 6285 6290.

CANBERRA Glassworks is seeking new glass writers to creatively and critically respond to the ‘New Glass 2015: Archaeology, Excavation and the Arcane’ exhibition, curated by Magda Keaney, which is on at Canberra Glassworks until August 30. If you are a writer residing in the ACT and interested in entering this new competition, you’ll have the chance to win a $500 cash prize. Entries should be 1000 words or less and take into consideration the exhibition. Entries should be provided by email with a New Glass Writing Competition Entry Form to Aimee Frodsham, acting artistic director aimee.frodsham@canberraglassworks.com Inquiries to 6260 7005 or visit canberraglassworks.com

GERSHWIN and FRIENDS at ANU Drill Hall Gallery, this Saturday August 1 and Sunday August 2, 4.30pm for 5pm, includes supper and wine. This music will take you on a journey to New York in the Roaring 20s. Carl Rafferty on piano will be joined by clarinettist Robert Scott, trumpeter Zach Raffan and the Morgan Merrell on percussion. All proceeds go to the Drill Hall Gallery Building Fund, bookings to raffertycarl@internode.on.net