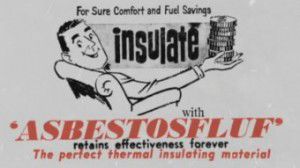 ACTING Chief Minister Simon Corbell says more than half of all ‘Mr Fluffy’ homeowners have accepted the offer made by the ACT Government for their houses to be purchased through the Buyback Program.

“I am pleased to advise that 511 homeowners of the total 1021 affected properties have accepted an offer made by the ACT Government to purchase their properties,” Mr Corbell said.

“With four months remaining until the Buyback Program closes on 30 June 2015 this is a pleasing result and reflects that the program is providing many affected homeowners with an opportunity to move on to another property.

“I encourage homeowners who are still considering whether or not to enter the Buyback Program to discuss their individual circumstances with the Asbestos Response Taskforce around what support can be provided.”

The government now owns 131 properties and is overseeing the security and maintenance of these houses.

All properties who share a fence line of a surrendered property are advised of the status, security and maintenance arrangements when the ACT Government takes ownership of a property and provided with a 24/7 number to report any concerns.

“The ‘Mr Fluffy’ response is not only an ACT Government, but an ACT community response,” Mr Corbell said.

“It is an issue affecting 58 suburbs across the territory and has a cost to our community of at least $400 million, even after the resale of remediated blocks. It is, and will continue to have, a significant impact on the ACT for years to come.

“The Taskforce will be working closely with the broader community as we move into the demolition phase of the program to ensure the process of removing asbestos and safe demolition of these properties is understood.

“Reducing the impact to the community through efficient scheduling of demolition works will also be a paramount consideration.”