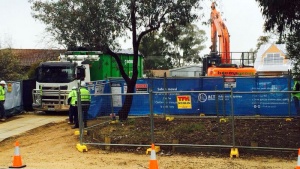 “My decision was based on a need to defray some of the significant cost of the government’s response to this important community, social, financial and health issue whilst continuing the positive neighbourhood amenity,” Mick said.

“DV343 facilitates modest urban renewal throughout the capital, through the redevelopment of remediated Mr Fluffy blocks.

“These changes are a measured and modest response to the ‘Mr Fluffy’ legacy that will allow the ACT Government to defray some of the costs of the Loose Fill Asbestos Insulation Eradication Scheme by improving the development potential of blocks surrendered through the scheme.

“The variations comes from extensive consultation with the ACT community through several consultation processes and parliamentary committee inquiry after is formal proposal in April this year.

“A key planning initiative in my Statement of Planning Intent was to provide more housing choices and flexibility for people who want to stay in their suburb but want to develop or build a new home.

“The variation helps create such opportunities, striking the right balance between a modest increase in residential density and protecting residential amenity and character.

“Variation 343 only applies to blocks surrendered under the scheme that are at least 700 square metres in size and located in the RZ1 (residential) zone. There are also special plot ratio requirements, building height restrictions and a design criterion to protect existing residential character and amenity.

“In total there are 743 affected blocks in this category and some of these already have two houses on them. The blocks are spread across 56 suburbs and represent less than 1% of all RZ1 suburban zone blocks in Canberra.

“It is important to understand that already in these zones you can build dual occupancy on blocks over 800 square metres, but they cannot be unit titled, or sold individually as separate dwellings. Most buyers purchasing remediated blocks subject to the variation, or owners returning to rebuild on these blocks, will be seeking to build a family house rather than two dwellings.

“The draft variation provides for increased opportunities but the potential for negative impacts is mitigated through building height limitations and design criteria contained in the variation.

“Homeowners will be given the first right of refusal to repurchase their block and redevelop as a unit titled dual occupancy if they wish, or rebuild a single dwelling and return to their community.

“In cases where an affected homeowner does not choose to repurchase their block it will go to public auction, with the planning variation remaining available,” Minister Gentleman concluded.

The Liberals’ Alistair Coe is less than impressed, saying Mick Gentleman’s decision to approve changes to the zoning of Mr Fluffy blocks that will allow dual occupancy dwellings on smaller parcels of land, is another deceptive planning decision from the Barr government.

“Minister Gentleman approved Draft Variation 343 last week. This Variation was widely criticised and the majority of submissions during the consultation phase objected to the Variation,” Alistair said.

“This Variation entrenches a two track planning system which is unfair and opportunistic. There is no rationale for this change except that the Barr government wants to make money from Mr Fluffy blocks.

“Witnesses at the Planning Committee’s Inquiry suggested a number of sensible changes that would have minimised the uncertainty and inconsistency contained in the Variation.

“At the same time the Barr government is claiming how open it is with the planning system, it has not taken community concerns seriously and the Minister has secretly approved the unfair Variation without making any policy changes. 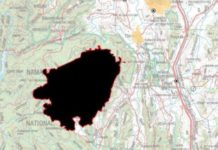 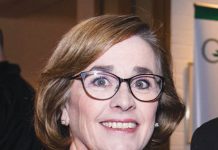 Paul Costigan - January 29, 2020
0
"It is pretty obvious that the City Renewal Authority’s splash of money has delivered a negative result. Do we now wait for its spin doctors to tell us how this store closure is a positive thing for Dickson?" writes "Canberra Matters" columnist PAUL DORIN.