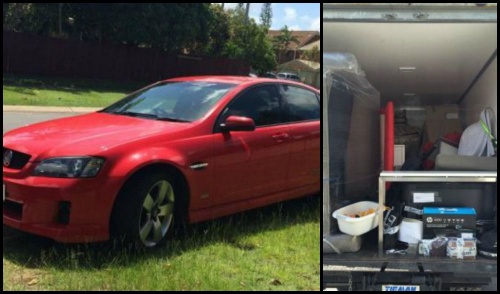 As part of the restraint order, a Holden SS Commodore and contents from within the home occupied by a 47-year-old woman (formally from Queanbeyan, NSW) were seized.

Detective Superintendent Paul Shakeshaft from Criminal Investigations said that this is the first time ACT Policing officers have restrained superannuation as part of the order.

“The woman is being investigated for committing fraudulent acts within the ACT. The items, including her superannuation were restrained as part of that investigation.
“The Confiscation of Criminal Assets Act 2003 gives us the authority to restrain items which police believe have been obtained via criminal activity or lawfully obtained items which can be sold to recuperate the financial benefits originally gained by the person.

“We have the authority to execute a restraining order in any jurisdiction in Australia, if the original offence which generated the income or wealth occurred in the ACT,” Detective Superintendent Shakeshaft said.

The 47-year-old woman is due to appear in the ACT Magistrates Court on 24 February.

Michelle Grattan - August 4, 2020
0
Premier Daniel Andrews estimated 250,000 more workers would be stood down as a result of his government’s measures, which run for six weeks, writes political columnist MICHELLE GRATTAN.